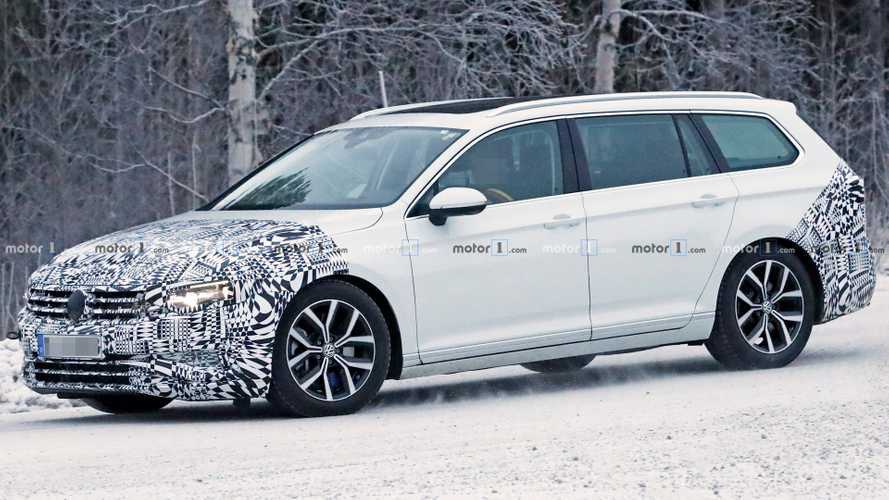 Germany's favorite family wagon is due to receive a mid-life refresh.

The U.S market is yet to receive an MQB-based Volkswagen Passat but European customers have been enjoying a smarter and more refined Passat for years. It’s actually going to be refreshed in just a couple of months from now and today we are taking a look at a test prototype to see what’s in the cards for the D-segment model.

We’ve already seen Volkswagen testing the Passat sedan and GTE, and this is the first the German company is taking out a wagon trial car on tests. Don’t expect any drastic visual changes, especially at the back where the only revisions will probably be limited to new graphics for the LED taillights and a slightly reshaped bumper.

Up front, Volkswagen will probably give the 2019 Euro-spec Passat a fascia inspired by the Arteon, which means we will be dealing with a more pronounced radiator grille. Below the grille, the Passat will likely get slightly bigger air intakes in the bumper.

The same conservative approach will be taken with the interior as well, where the most important novelty should be an improved infotainment system. Don't hold your breath for the tech-heavy Innovision Cockpit of the 2019 Touareg though, as that would basically require a completely new dashboard and changes to the electrical architecture.

Details about the engine range are limited, but it’s probably safe to assume to outdated 1.4-liter TSI will be replaced by the new 1.5-liter TSI. The wildest speculations even put a turbocharged V6 under the hood of a range-topping Passat R, but we are still taking these rumors with a grain of salt. On the other side of the spectrum, the Passat GTE plug-in hybrid should get a longer pure electric range.