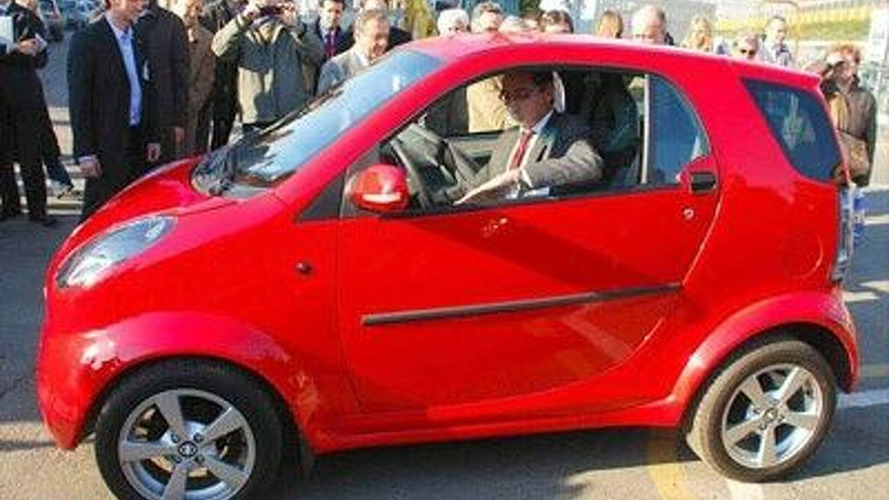 With an empty space on the show floor at Bologna, European distributor for the Bubble, Martin Motors, argues the vehicles are clearly not the same...

Last week Automotive News reported that Daimler AG had prevented Chinese automaker, Shuanghuan Automobile, from showing their Smart ForTwo clone, the Bubble, from making its public appearance at the Bologna Motor Show in Italy this week through a temporary court injuntion.

With an empty space on the show floor at Bologna, European distributor for the Bubble, Martin Motors, argues the vehicles are clearly not the same since the Bubble is a four seater, front-engined front wheel drive vehicle compared to the Smart which is rear-engine, rear-wheel-drive two seater. Confident in their argument, Martin Motors, felt it wanted the media to decide for themselves and brought the Bubble to the parking lot of the Bologna Motor Show anyway, despite the court order.

Shuanghuan, is no stranger to intellectual property infringement subpoena's as the Chinese car maker is also in a similar dispute with BMW regarding the similar looking CEO model SUV, which closely resembles the X5. Sales of the CEO began in Romania and Italy earlier this year in which only 22 CEO's were sold in Italy.

Martin Motor's is still proceeding with European homologation, but sales remain on hold until a court decision is made whether Daimler's copyright has been violated.

What do you think? Copy or not?