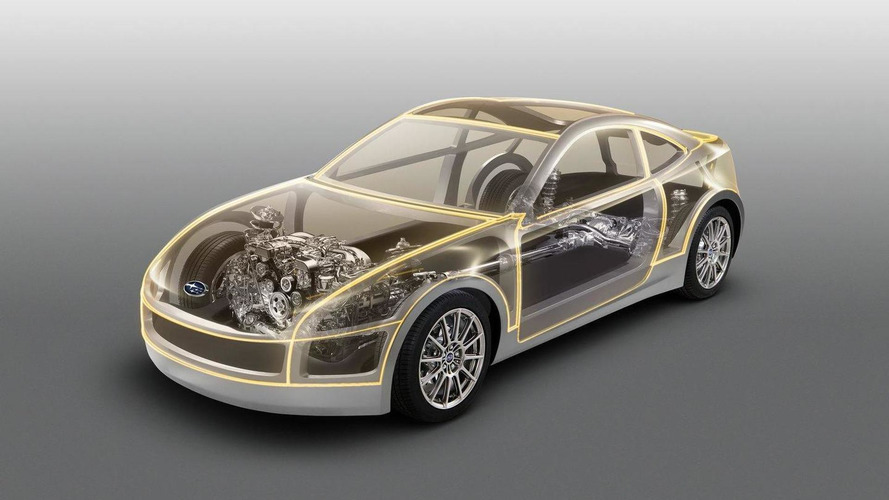 Subaru won't show anything of the production car until the Tokyo motor show when both the Toyota FT-86 II and Subaru BRZ debut.

Subaru will debut the BRZ Concept at the Los Angeles auto show in November...but with sheetmetal panels unrelated to the upcoming production car.

According to the Car & Driver report, Toyota and Subaru have an agreement on the jointly-developed FT-86 II/BRZ not to show anything from a production model (not a single body panel) until both of them debut at the Tokyo motor show in December.

New details have also emerged on the BRZ/FT-86 II.

The two models will be virtually identical except for the front fascia for branding purposes. The Toyota variant will be sold under the Scion brand in the United States (and as a Toyota in other world markets). The Scion variant will be a de-contented model ripe for customization while Subaru will offer the BRZ as a better equipped standard model.

The BRZ will have a center of gravity around 45 cm (17.7 inches) from the ground - similar to models such as the Porsche Cayman and Ferrari 458 Italia.