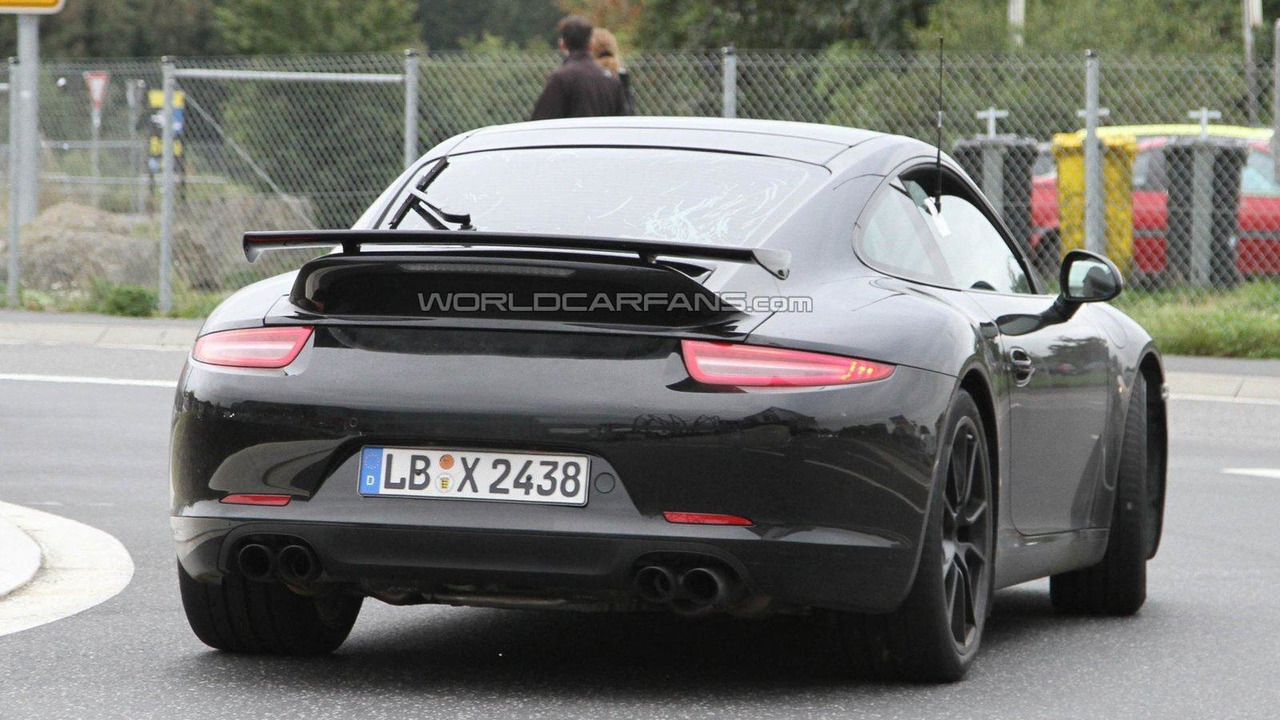 What appears to be a hotter version of the new 2012 Porsche 911 has been spied testing in Germany.

We've already seen Porsche testing the new 911 Turbo and Turbo Cabrio (with rear spoiler only) but this model here appears to be a next-level variant short of a GT3.

The prototype in the photos here is sporting a modest fixed rear wing that seems a little small for a GT3, but this prototype is featuring new bumpers with a different design than on the recently introduced standard 911.

A new variant between a standard 911 and a 911 GT3 or something for the Tequipment catalog?