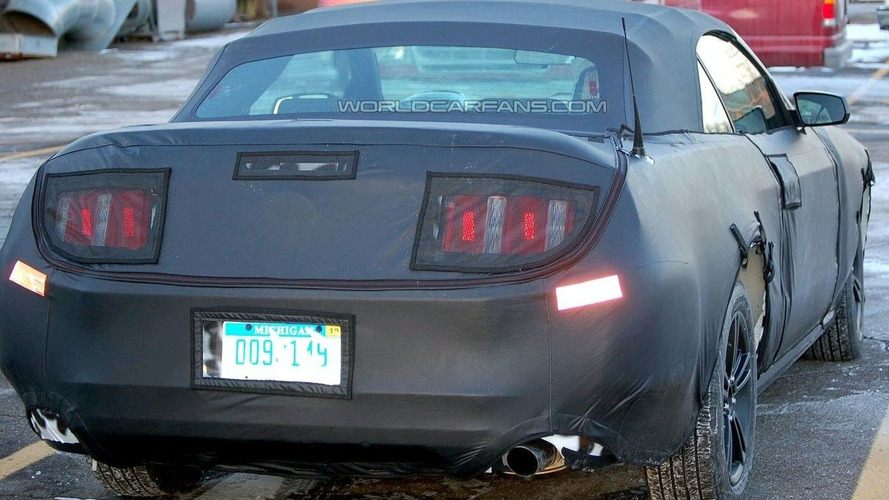 The 2010 Mustang will be sporting an all-new front and rear fascia including grille, headlamps and taillights!

Ford is readying a facelift for its Mustang range which is set for a 2009 or 2010 unveiling while Dodge is getting ready (and building tension) to launch their own 'classic' new muscle car.

The facelift comes mid-cycle for the pony muscle car, and judging from the amount of camouflage the facelift will consist of an entirely new front and rear fascia, including new grille, headlamps and taillights. But despite early hopes, it now seems unlikely that Ford has had much inspiration from the Giugiaro Mustang.

The interior will be touched up as well, but the spyphotographer who accidentally ran into this prototype while making a U-turn was unable to capture proof of this on (digital) film.