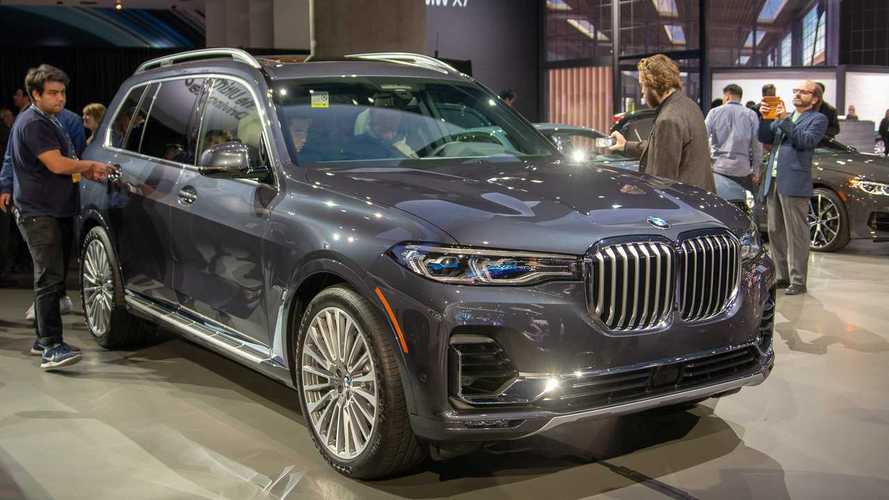 The Posh people mover looks large and in charge on the auto show floor.

The 2018 Los Angeles Auto Show marks the North American debut for BMW’s new flagship SUV. Technically, the X7 actually started in the States – built at BMW’s massive manufacturing facility in Spartanburg, South Carolina. In essence, then, this year’s LA gala isn’t so much a debut as it is a homecoming. And with SUV sales in America hitting a fever pitch, the big Bimmer could well be a hit among luxury buyers.

2019 Honda Passport Debuts Its SUV Bod To The LA Scene
⠀

Regardless of the engine, the X7 dishes out power to all four wheels through an eight-speed automatic. The 50i can compliment that with a locking rear diff as well as separate Dynamic Handling and Off-Road Packages, depending on if you prefer to have fun on pavement or in the dirt. Three-row seating is of course standard as well, with the capability of transporting either six or seven passengers in luxurious accommodations that include the latest tech, not to mention a swell outside view thanks to a three-panel panoramic glass roof.

The X7 in detail:

Such amenities don’t come cheap, however. The base 40i starts at $73,900 with the V8-powered 50i starting at $92,600. Still, the enduring success of the Cadillac Escalade proves there’s a strong market for high-end, high-dollar SUVs in America. And now that the X7 has landed in LA, buyers can get an up-close look at what that money will buy.