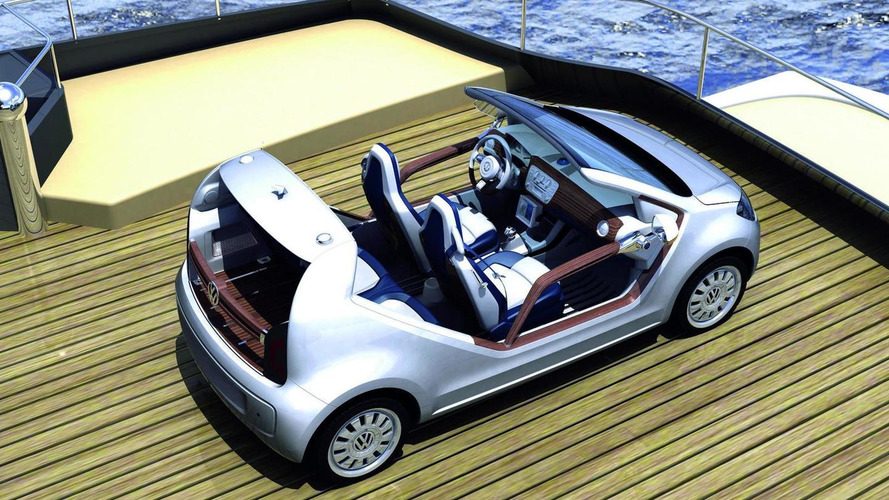 Concepts include a Gran Turismo, crossover and all-electric up! variants.

Volkswagen has introduced several concept versions of the compact up! model at the Frankfurt motor show on Tuesday.

First up is something that we've seen before - the e-up!. An electric version of the compact city car which Volkswagen plans on taking to production in 2013.

Next comes the eco up, which combines natural gas drive (EcoFuel) and BlueMotion Technology (with a stop/start system and battery regeneration) for a CO2 quotient of just 79 g/km.

The up! azzurra sailing team was created by Italian designers Giorgetto Giugiaro and Walter de Silva and offers the up! As a nautical-themed vehicle.

Demonstrating both what a four-door up! would look like as well as a crossover variant, is the cross up! which Volkswagen hints will one day make it to production.