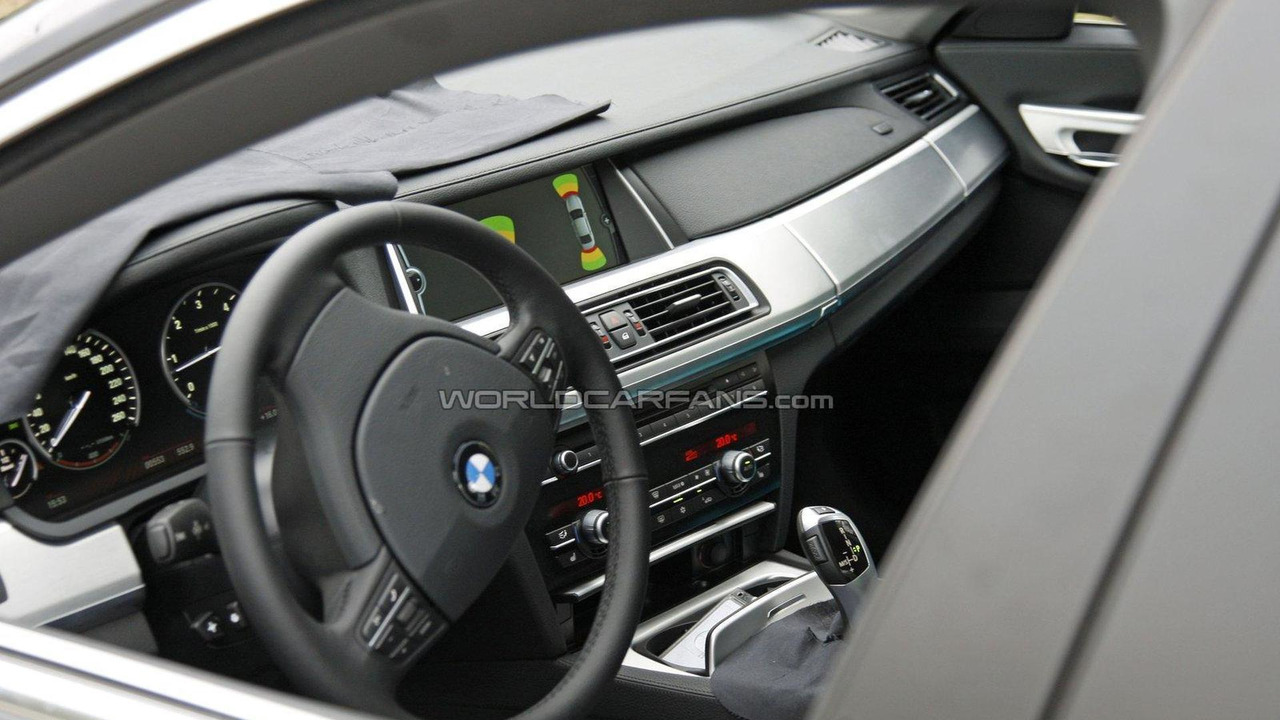 Interior details revealed after 2012 7-Series prototype was stopped for speeding by local police.

A BMW test driver in a 2012 7-Series facelift prototype was stopped by police near the automaker's test center in Munich and that gave our spy photographers an opportunity to snap this set of spy shots, with a look at the interior too.

The car was stopped for speeding, which begs the question of how do automakers conduct public road testing without breaking any traffic laws? In any case, while the driver was busy explaining himself to the police, this photo of the 7-Series' new interior was snapped.

What we see are some additional controls on the center console and a wider display screen compared to the current model.

On the outside, the car is wearing a little camouflage on the front bumpers, masking new air intakes.

The 2012 7-Series facelift is expected to come with a new 8-speed ZF gearbox replacing the old 6-speed automatic.