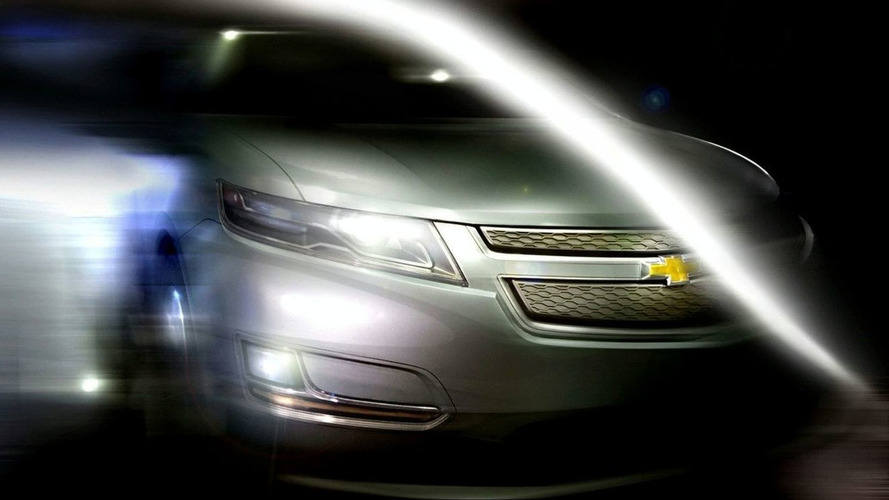 Chevrolet have taken the Detroit show star to the wind tunnel in a bid to optimise aerodynamics, maximising range for the next-generation of electric vehicles. This is the first sketch of the production model Volt.

In the further development of the production model Volt, Chevrolet have taken the Detroit show star to the wind tunnel in a bid to optimise aerodynamics, maximising range for the next-generation of electric vehicles. Enhanced aerodynamics produce not only a reduced drag co-efficient, impacting directly on vehicle fuel efficiency, but allow for 'beautiful and different body shapes', this the first image hinting at the production Volt's more refined face.

Based off the Volt concept car of this year's Detroit Show, earlier statements by GM boss Bob Lutz revealed that the production model would not, although remaining aggressive, resemble the concept particularly closely. The Volt is an eco-friendly vehicle centered around an urban lifestyle, with compact dimensions and a compelling design. For production, the Volt Concept's face is refined with a sleeker grille and more elongated front lights.

Production is expected to start in 2010 with range expected to top 40 miles (64 km), while wind tunnel testing is aimed at providing an aerodynamic basis for future models utilising electricity, E85 ethanol fuel or gasoline. Drag co-efficiency over the concept car is reduced by some thirty percent and with a fifth of fuel consumption directly attributable to drag, is an important element to master. Read on for further such details.