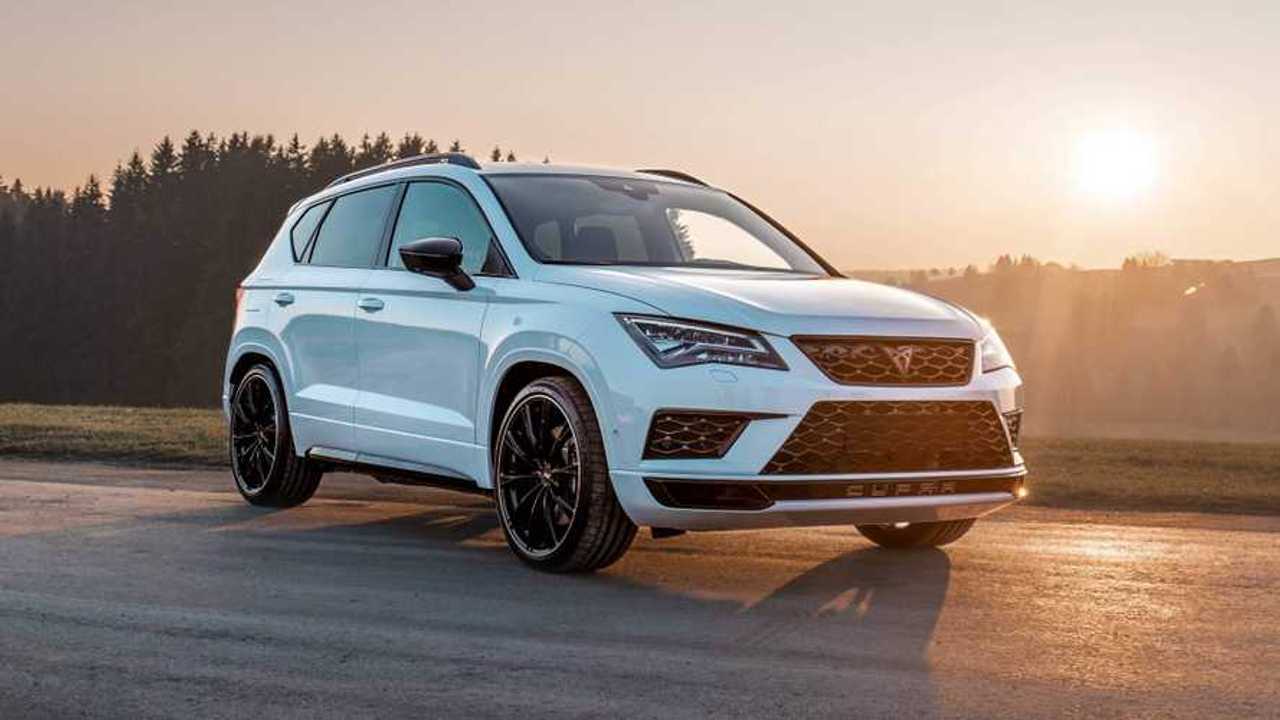 The family-owned ABT Sportsline company is one of the most skilled tuners when it comes to products from the Volkswagen Group and its latest project comes only to prove that. Say hello to the first-ever Cupra-based tuning car.

For those of you unfamiliar with Cupra, it is SEAT’s new standalone performance brand. It is similar to what Polestar is for Volvo but in a more affordable and mainstream way. Cupra’s first production model is the Ateca performance SUV, which is already making the rounds around Europe.

The German tuner decided that 300 horsepower (224 kilowatts) are not enough for a compact SUV and reworked the 2.0-liter TSI turbo gas engine of the machine to produce 350 hp (261 kW). That’s an impressive number even in the world of hot hatches, let alone the mainstream SUVs.

ABT is especially proud to announce the performance curve of the motor resembles the side of the Pico del Teide, Spain's highest volcano. Translating this into numbers, an impressive 324 pound-feet (440 Newton-meters) of torque are available between 2,000 and 5,200 rpm.

ABT also gives the performance SUV lower springs, as well as new 20-inch ABT Sport GR wheels with ten-spoke design in gloss black finish. No exterior and interior upgrades are listed. The German company will have the tuned Ateca on display at this year’s Essen Motor Show from December 1 to 9. This is the place where Europe’s largest tuning companies meet every year.

The CUPRA Ateca is the first own model of the new SEAT brand. The "SUV with the heart of a sports car" tempts buyers with a power of 300 HP (221 kW) and 400 Nm. So it is not only the so-called "hot hatches" that should prepare for competition on fast roads. After all, it masters the sprint from 0 to 100 km/h in just 5.2 seconds and reaches a top speed of 245 km/h.

And if that is not enough, there is potential for more. ABT Sportsline was involved in the development of the sporty SUV from the start and will present the CUPRA Ateca ABT for the first time at this year's Essen Motor Show in Germany. After the upgrade, it now offers 350 HP (257 kW). Incidentally, the associated performance curve bears a strong resemblance to the side of the Pico del Teide, Spain's highest volcano. The torque progression is more of a high plateau: an impressive 440 Nm are active between 2000 and 5200 rpm.

The CUPRA Ateca ABT will be presented to the public at the Essen Motor Show from December 1 to 9, at the joint stand 3A41 with Continental in hall 3, where the vehicle tuner traditionally exhibits. Another specimen of the CUPRA Ateca ABT will be shown at the same time at the SEAT Partner Dialog in Berlin and the subsequent CUPRA X event. Guests can look forward to a real highlight, which was tweaked in several areas. ABT lowering springs ensure that the SUV keeps its line as precisely as the Spanish high-speed trains, which travel in the world's second longest corresponding rail network.

To push the CUPRA Ateca ABT to its limits, though, German autobahns are still the first choice: it tops out only at 255 km/h – 10 km/h later than the production model. The acceleration is even more impressive, as it is in a range that was previously only occupied by purebred sports cars. The world's largest tuner for vehicles from the Volkswagen and Audi Group reduces the standard sprint from 0 to 100 km/h by two tenths, putting an even
5.0 seconds on the data sheet. And when someone runs that fast, they deserve some new boots: The CUPRA Ateca ABT is therefore fitted with 20-inch ABT SPORT GR wheels. The design features ten spokes which bisect towards the rim flange, a recessed hub area and a strongly concave rim base. After all, this SUV should display its special status from the outside at all times.