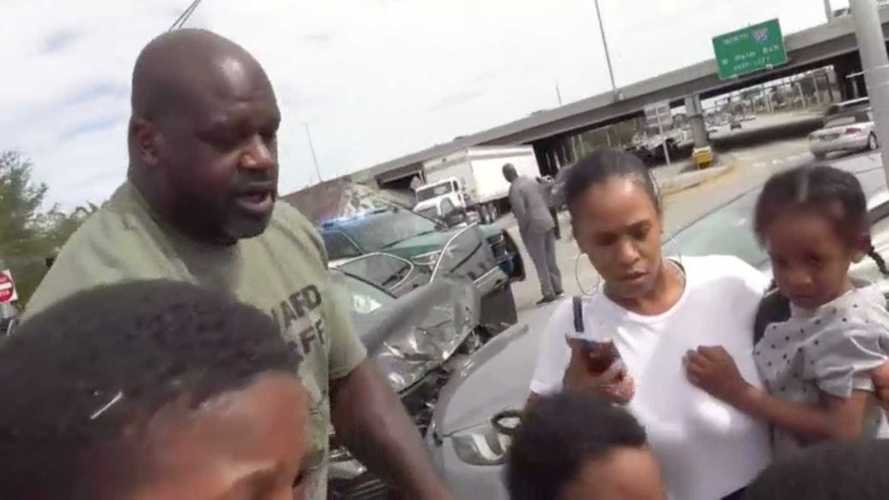 The car accident on Thanksgiving involved children, to which the NBA superstar didn't hesitate to get involved in.

If you're someone who grew up in the '90s and with even the slightest interest in the NBA, we're pretty sure you know who Shaquille O'Neal is. The big guy, who entered and rocked the league with his dominating presence on the court, has been called many names in his illustrious NBA career. The nicknames include "Shaq", the "Diesel", "The Real Deal", "Superman", and a lot of other names that start with "The Big."

Out of all the monickers he's had, Shaq has just proven that he's Superman, in this recent car accident that happened in Miami on Thanksgiving.

Apparently, "Deputy Shaq" was on his way to hand out Thanksgiving meals last Thursday with Broward County Sheriff Scott Israel when they witnessed a car accident. The newly-appointed auxiliary deputy of Broward County immediately sprang into action to comfort the families involved in the accident, which included a handful of children. Broward County's Facebook post publicized the account, saying:

"Shaquille O' Neal, a man of many nicknames, now has a new one: Deputy Shaq. The former NBA legend was recently welcomed to BSO as an auxiliary deputy and he spent the holiday handing out Thanksgiving meals with Sheriff Israel. They came upon a car accident in their travels around the county and Deputy Shaq sprang into action to cheer up the kids."

A simple act of heroism could go a long way:

Stranded Drivers Get Their Grub On Thanks To Food Truck

Shaq's simple yet compelling heroic act is a great example that small deeds could do so much for people. The trauma inflicted by a car accident is something that these children could carry while they're growing up, and the fear that it instills into their mind isn't something to turn a blind eye on. Good thing Shaq was there to save the day, well, in his own way.