Stylish inside and out, the second-gen Evoque premieres new tech for Land Rover.

Unveiled just a few minutes ago at a glitzy event in London, the second-generation Evoque is ready to show off a sleek design to prove it has what it takes to remain one of the most stylish crossovers in the segment. Following an investment of nearly £1 billion (about $1.28B at current exchange rates), the baby Range Rover is billed by its creator as being an all-new model even though previous reports had stated the car would use an updated version of the outgoing model’s platform.

It’s called the Premium Transverse Architecture and has allowed Land Rover to maintain virtually the same proportions while stretching the wheelbase to free up more space inside the cabin. The distance between the axles has increased by 2.1 centimeters (0.8 inches), thus offering additional legroom for rear passengers. The cargo area is also up by six percent, which might not sound like much, but the trunk is now wider than before.

As far as styling is concerned, it’s a subtle evolution of the original Evoque with influences from its bigger brother, the Velar. You won’t be seeing a three-door version in the adjacent photo gallery or in any of the videos, and it seems unlikely there will be one further down the line considering the first generation’s three-door model was axed due to slow sales. 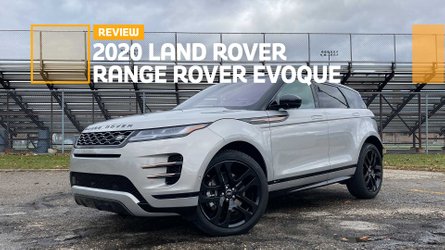 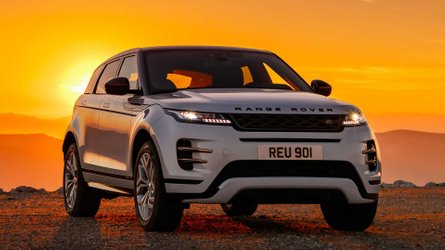 The 2020 Evoque is more than just a pretty face as Land Rover has crammed a lot of technology into its posh crossover. With a simple flip of a switch located on the underside of the mirror, a camera feed from the vehicle’s top shows what’s behind, providing a 50-degree field of view and improved visibility in low-light conditions.

While that might not be overly impressive, the new Evoque makes use of the so-called “transparent hood” technology previewed in 2014. It’s officially called the ClearSight Ground View and gives the driver a 180-degree view of the ground straight onto the infotainment’s touchscreen. In other words, drivers can basically see through the hood of the car, which will come in handy in tight spaces or when going over difficult terrain.

There’s a lot riding on the new Evoque considering the massive commercial success of its predecessor, which racked up more than 750,000 sales during its seven-year run. Time will tell whether the revamped version will live up to the high expectations, but first impressions are that Land Rover has another winner on its hands.