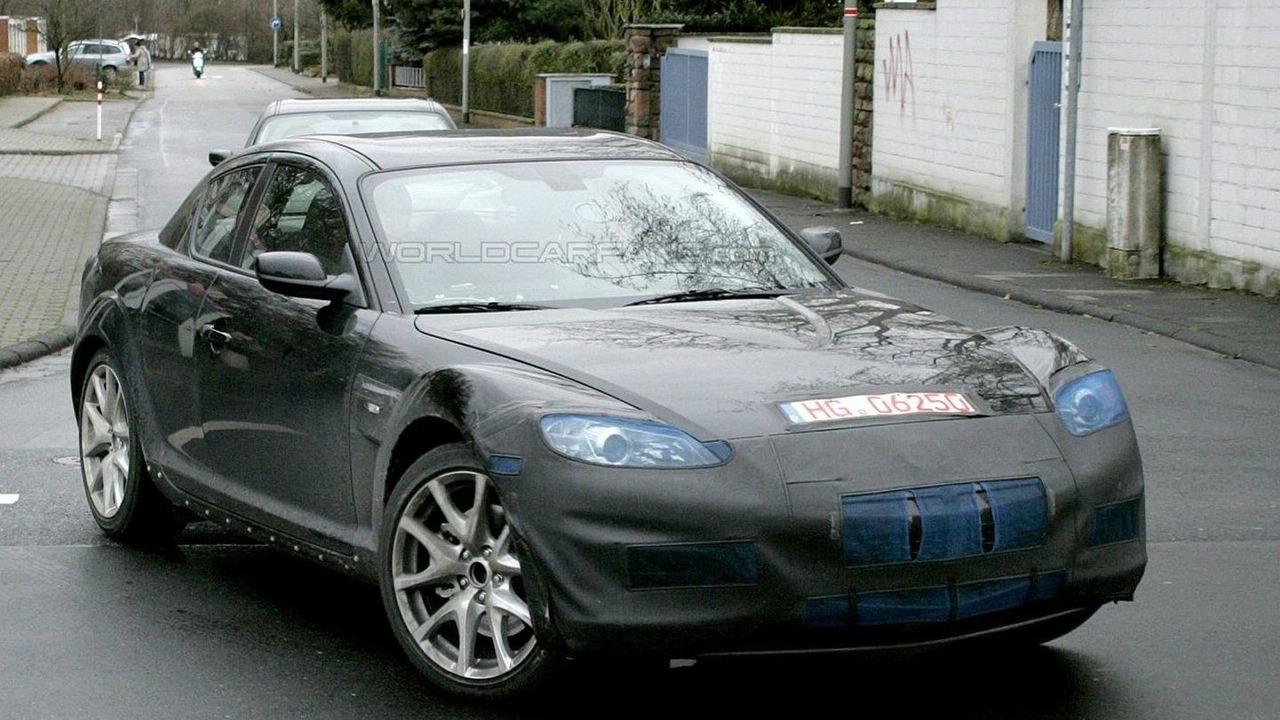 Featuring a heavily modified front facia and some minor modifications to the rear including new tail lights Ã¢â‚¬â€œ classic signs of a mid-life facelift.

For the first time the Mazda RX-8 4-door 2+2-seater sports-coupe has been caught testing getting ready for a possible introduction sometime in 2008.

It has been speculated by some of our friends at other web sites that this is the next generation RX-8, but we have to disagree. We can see in the pictures a heavily modified front facia and some minor modifications to the rear including new tail lights – classic signs of a mid-life facelift.  However, perhaps there's more to the story since we can also see some measurment apparatus mounted to the rear bumper and under the front end which is beaming a light down to the ground - probably measuring body ride height travel.  Therefore, it's easy to speculate this RX-8 is more than a facelift and perhaps and upgraded high performance model with tweaks to the suspension.

Additionally, expect to see some minor modifications to the interior, while the same 192 and 231bhp engine units found in the current model will probably remain.

Taking into account the RX-7(predecessor to the RX-8) had a lifespan of 10 years, we don't expect the next generation to arrive until at least 2012.