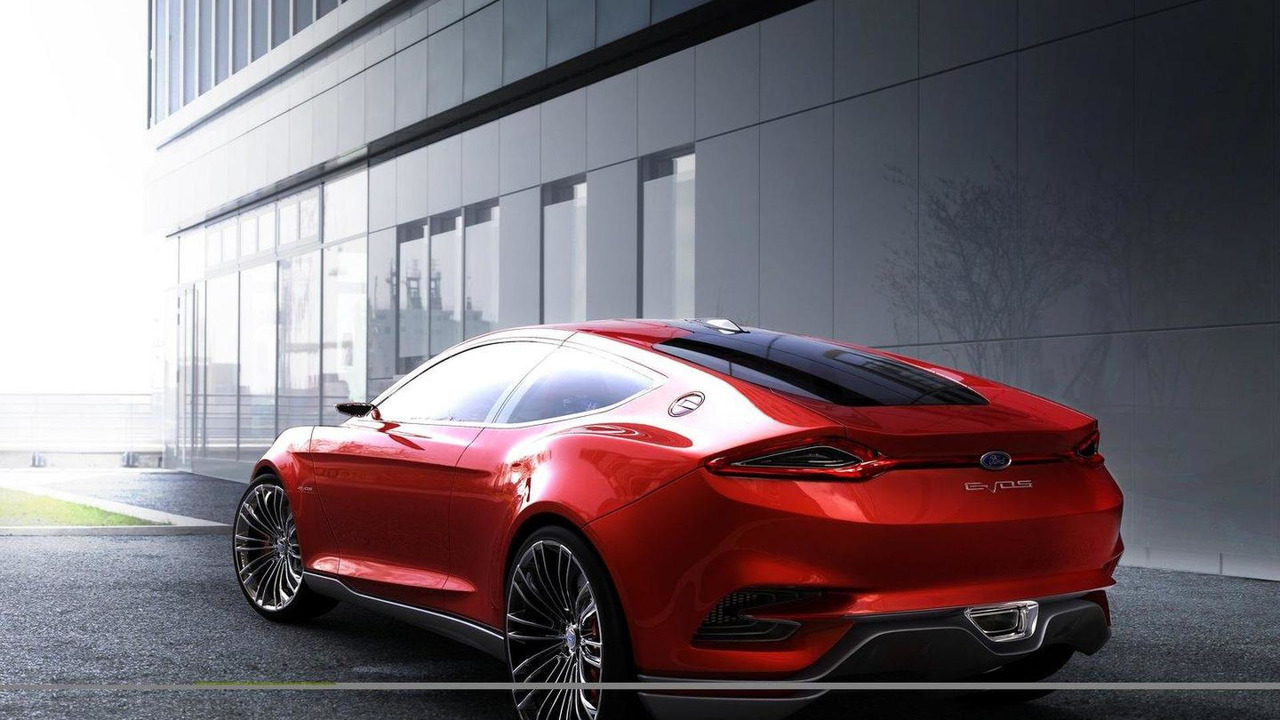 Beauty, brains and brawn. Those are just three words that attempt to describe the stunning Evos concept Ford will unveil at the Frankfurt Motor Show.

Beauty, brains and brawn. Those are just three words that attempt to describe the stunning Evos concept Ford will unveil at the Frankfurt Motor Show.

Wearing the "ultimate expression" of the company's new design language, the bespoke four-door coupe has a menacing appearance with a bulging hood, LED headlights and an Aston Martin-like grille.

Once passengers open the gullwing doors, they are treated to a futuristic cabin which has premium materials and a cloud-based computing system that could be described as SYNC on steroids. According to Ford, the Evos "gets to know you and can act as a personal assistant to handle some of the usual routines of a daily commute." As an example, the company says the car could automatically close the garage door as soon as you leave the driveway. Furthermore, the Evos is also envisioned to have an advanced chassis which downloads map and weather data to adjust the "steering, suspension and braking systems for optimum enjoyment, comfort and safety."

In a nod to the green movement, the Evos is a plug-in hybrid electric vehicle which is equipped with the same powertrain as the C-MAX Energi. Details were not released, but Ford has previously said the Energi will have a 2.0-liter petrol engine, an electric motor and a lithium-ion battery. This doesn't sound overly exciting, but the engine and electric motor can also work together to maximize performance.

While the concept will probably never enter production, Chief Creative Officer J Mays said "We wanted the Ford Evos Concept to give a clear message about where Ford design is heading - shaping vehicles that are fun to drive, have a strong premium visual appeal, and above all, are stunningly beautiful."