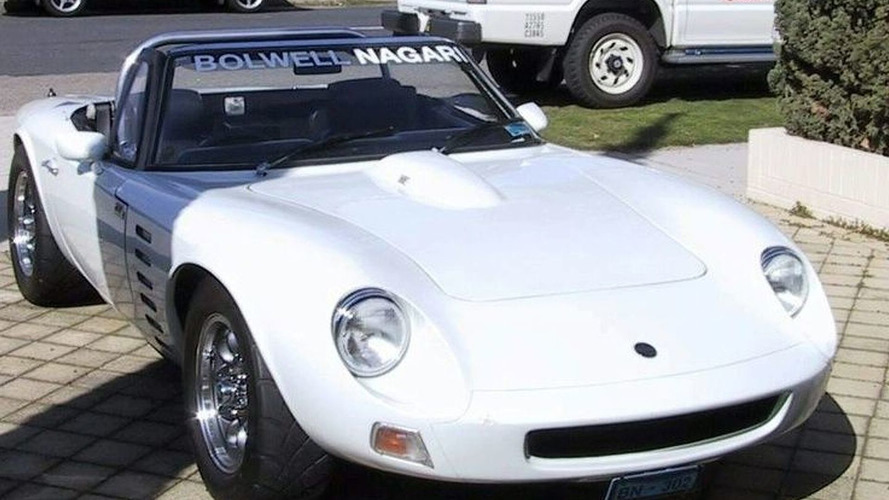 One of Australia's sports car legends will be re-born in February when the all-new Bolwell Nagari is revealed at the Melbourne International Motor Show.

The Bolwell brothers (Campbell, Winston and Graeme) started building kit cars in the sixties only to move into production cars in the early 70's with the Bolwell Nagari (or Mk VIII). The brothers built 140 units in total between 1969 and 1972, of which just thirteen cabriolets.

In 1979 an attempt was made to re-start producing cars again, but even though the Bolwell Ikara was received well only 10 units were ever built. The brothers then focussed on their core business of industrial fibre glass work.

But 2008 should signal in the triumphant return of the Bolwell brothers with a new, modern version of the Bolwell Nagari (which is an aboriginal word menaing flowing). The new Nagari is based on a mid-engine carbon fibre composite monocoque coupe body, powered by a quad-cam supercharged Toyota 3.5 liter V6.

Performance is impressive with a 0 – 100 km/h time of just 4 seconds while the cars weighs just 900 kg. The all-wishbone suspension supplies ultra-soft springing with lots of control for large suspension movement and fine handling. The interior can comfortably seat two adults (upto 195 cm tall) and is described as 'sensible'.