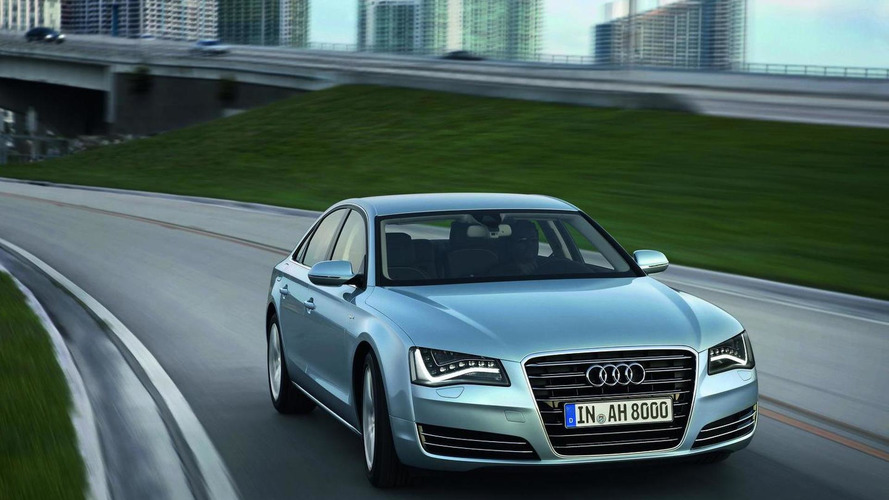 Well, it's here and it's called the Audi A8 Hybrid.

First revealed as a technology study in Geneva last year, Audi has now released final specs for the production version which differ only slightly from the concept.

The A8 Hybrid can move at speeds up to 100 km/h (62 mph) on electric power alone but has a range of just three kilometers (1.86 miles) at a constant speed of 60 km/h (37.28 mph) working solely off the juice from the lithium-ion battery pack.

The A8 Hybrid comes with 3 drive modes: EV gives priority to electric power and economical driving. D-mode is a straight-up combination of electric and gasoline-powered driving while, of course, S stands for sport and provides for a livelier drive.