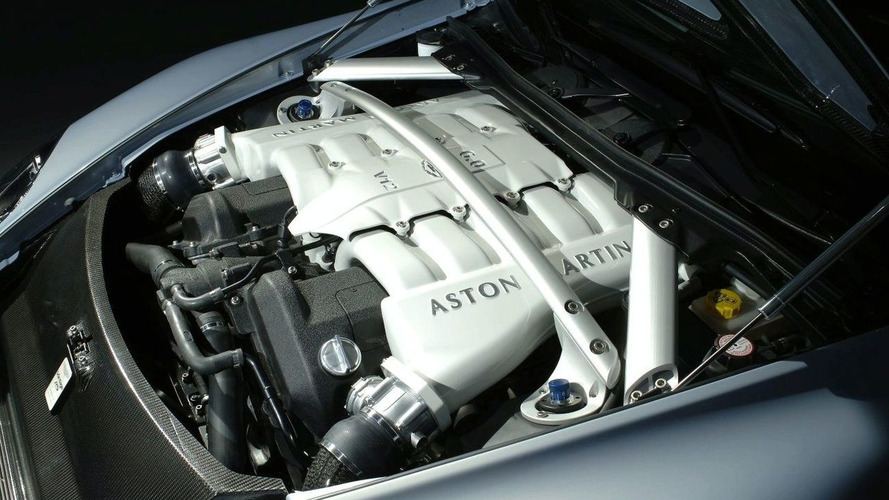 Aston Martin has built a special-edition V12 Vantage RS Concept car capable of going 0-100 km/h in 4.0 seconds, the company announced yesterday.  Unveiled at the opening of their design center in Gaydon, Aston CEO Ulrich Bez told onlookers the 600 horsepower concept car reaches 160 kmh in about 8.5 seconds.  Peak horsepower is achieved at 6250rpm, while 509 ft-lb of torque (690Nm) comes at 5000rpm.

The past two days has brought us a great deal of news from Aston Martin.  After opening their new design center, they forged a partnership with Danish luxe electronics maker Bang & Olufsen.  Capping off the news was the announcement that the DBS will remain as James Bond's car of choice in next November's latest Bond film.

This new V12 Vantage RS concept has a power-to-weight ratio of 375 horsepower per ton, with all the power coming from their 6.0 liter V12 engine.  Based on the V8 Vantage coupe, Bez told his audience that Aston plans to continue building models like the RS concept to appeal to the demands of their customers and fan base.

“With our dedicated production facilities, our own engine plant, our own unique vehicle architecture and now a dedicated design studio, we have the ideal framework to bring new models such as this to market and to further establish Aston Martin as the ultimate independent luxury sports car company,” Bez said.

Taking some cues from the DBS, a carbon fibre bonnet and trunk lid have helped bring the weight of this vehicle down below 1600 kg.  The company has included an automatic, deployable spoiler to increase rear down force at high speeds.  Incorporated into the front bumper are cooling ducts for the carbon ceramic brakes, as well as a carbon fibre splitter to help balance down force.

No mention of top speed was made, but rumor has it could be over 200 mph.

We full well expect to see the public unveiling of the Aston Martin V12 Vantage RS on the 2008 auto show circuit, beginning this January in Detroit.