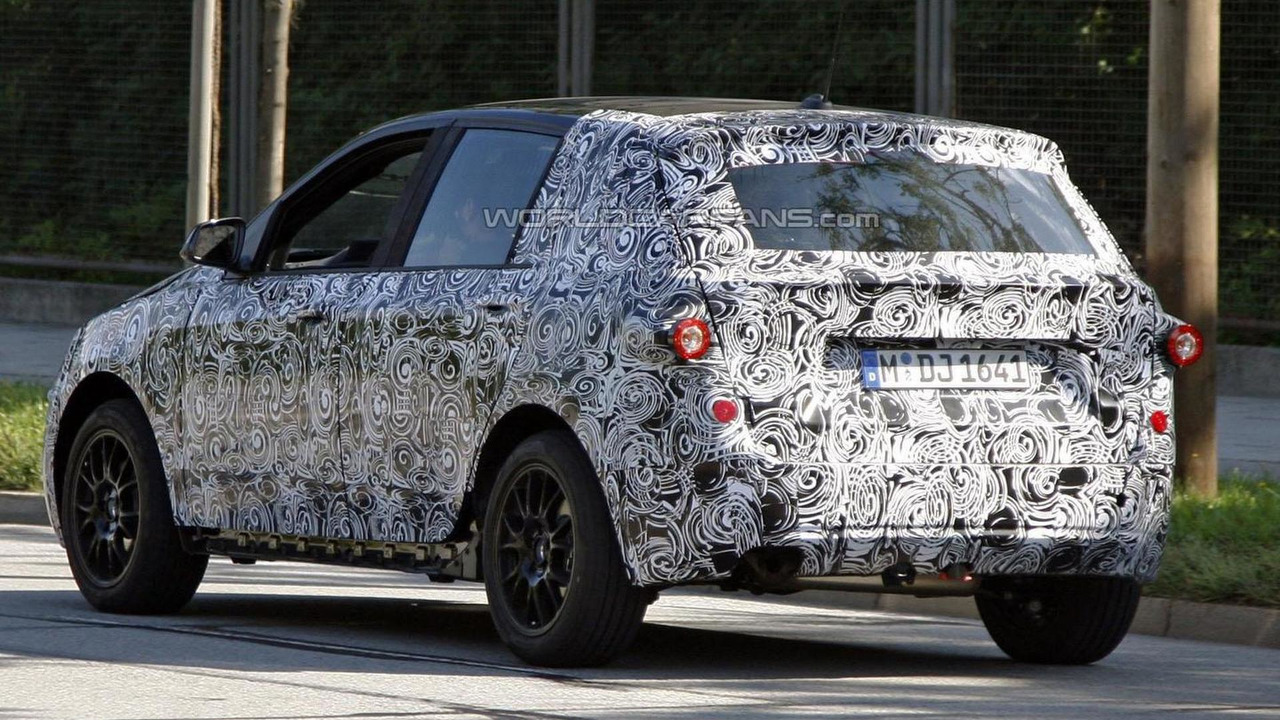 Our spies have caught a 2013 BMW front-wheel drive prototype undergoing testing in Europe. See the pictures after the jump

BMW is marching forward with plans to launch a front-wheel drive model in 2013.

Caught undergoing testing in Europe, this prototype ditches the fake rear spoiler of previous models which gives us a pretty good look at the car's roofline and rear hatch. There are still a lot of details that need to be filled in, but the overall shape is reminiscent of the Mercedes B-Class.

Engine options are still shrouded in secrecy, but choices are rumored to include the usual four-cylinders.