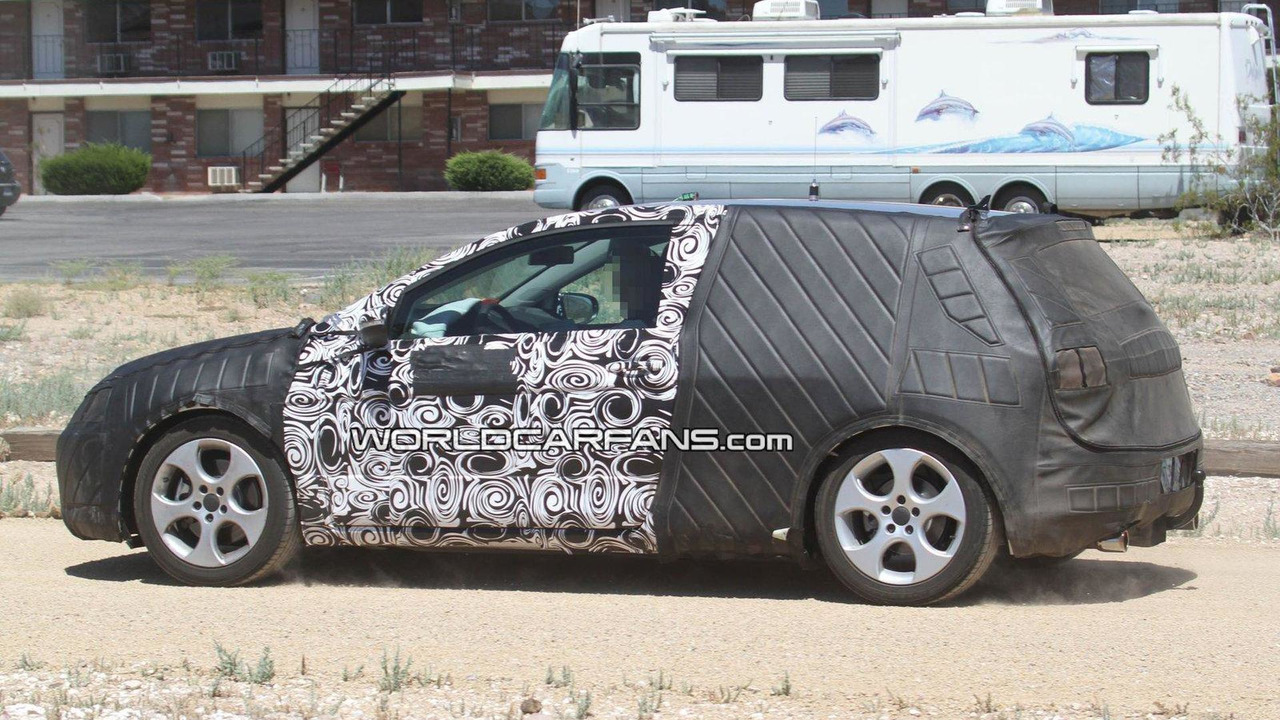 After two years of reporting on Volkswagen Golf VII chassis mules, we finally have first photographs of a full-bodied prototype.

[UPDATE] 9 photos added showing two prototypes, a 3-door Golf GTI and a regular 5-door version. The prototypes left the garage together with a benchmarking Audi S3. Both prototypes are lower and longer than the current generation Golf VI. The next generation Golf will have more interior space. The three-door-hatch Golf VII has big GTI wheels and GTI exhausts.

After two years of reporting on Volkswagen Golf VII chassis mules, we finally have first photographs of a full-bodied prototype.

The spy behind the lens in the USA was very lucky to get these shots before VW engineers took this five-door prototype away into the garage. This is the first time Volkswagen is using the black and white camouflage together with some extra black cammo over the front and rear.

Looking lower and longer, the next-generation Golf is scheduled to be introduced in late 2012 or early 2013. It is slated to ride on the new MQB architecture.

Rumor has it Golf production is being considered for Volkswagen's brand new Chattanooga plant. Such a move would make the Golf more competitive in the U.S. as the current Golf starts at $17,965 which is $1,970 more than roomier Jetta.

More photos on the way as soon as they leave the garage.