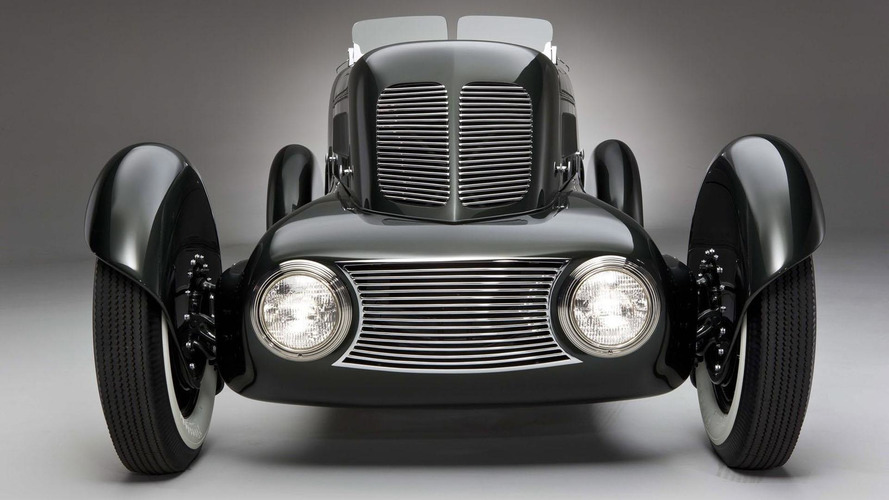 Ford has unveiled a 1934 Model 40 Special Speedster at the Pebble Beach Concours d'Elegance.

Originally built for Edsel Ford, the unique roadster features iconic styling that was penned by E. T. Gregorie. The vehicle underwent a number of changes over the years, but it remains equipped with a 100 hp (75 kW / 101 PS) 4.0-liter V8 engine that was installed in 1940.

Following Ford's death in 1943, the car toured the United States before being sold for $603 in 1958. It eventually disappeared for 41 years, until it made a cameo at the 1999 Amelia Island Concours d'Elegance. Nearly ten years later, the car was sold to a Texas collector for $1.76 million. Sadly, the buyer died shortly thereafter and the vehicle was returned to the Edsel & Eleanor Ford House which had it restored to its current condition by RM Auto Restoration.

According to Edsel Ford II, "My grandfather was an early believer that everyday objects - including automobiles - could be seen as works of art. While he wasn't a designer in the traditional sense, his eye for styling and influence was apparent as he initiated and built the design department at Ford Motor Company."