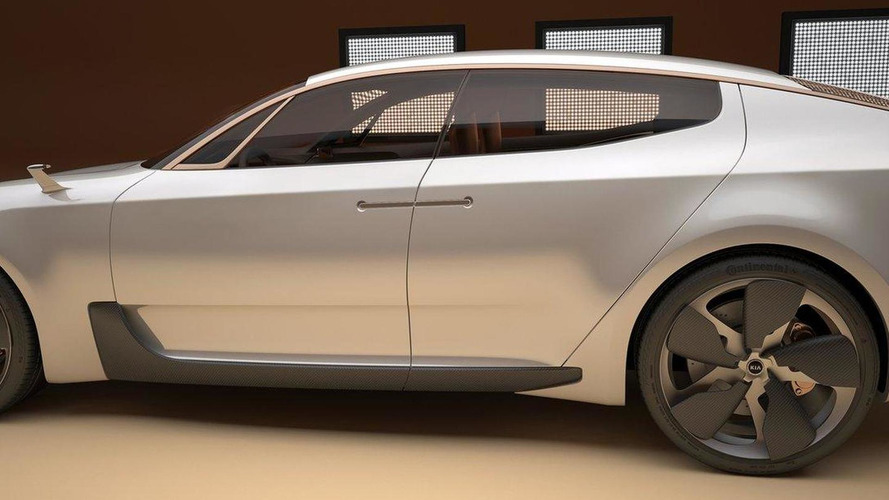 Kia has released several images of a new four-door, four-seater sports sedan concept which the Korean automaker will be taking to the Frankfurt motor show next month.

Kia is (somewhat) teasing a new four-door, four-seat, sports sedan concept the Korean automaker will debut at the Frankfurt motor show next month.

The images published here show plenty, though, and what we see is an Audi A7-esque four-door sport coupe with some bold, sometimes boxy lines. Dare we say the silhouette resembles the Lamborghini Estoque concept?

In line with previous reports, Kia says the concept is a rear-wheel drive sedan that takes the automaker into a "new chapter" in its history but it's tough to see this car going to production anytime soon.