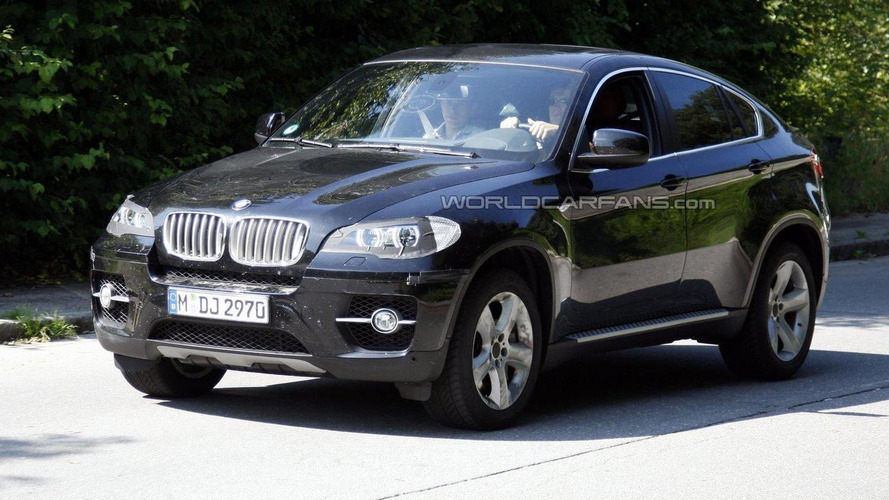 Our intrepid spy photographers have caught up with the 2012 BMW X6 facelift for the first time as the Bavarian automaker has put a few prototypes out on the streets of Munich for testing.

The photos here show a lightly disguised 2012 X6 and we get to see those new 'angel eye' headlights with LED daytimers similar to the new 2012 1-Series which we also expect to see in the next-generation 3-Series due soon.

The rear lights are also new, and since this is an early prototype, we expect to see more spy photos with additional details soon.

The 2012 BMW X6 is expected to debut sometime next spring.