2013 Range Rover spied for the first time on the Nürburgring 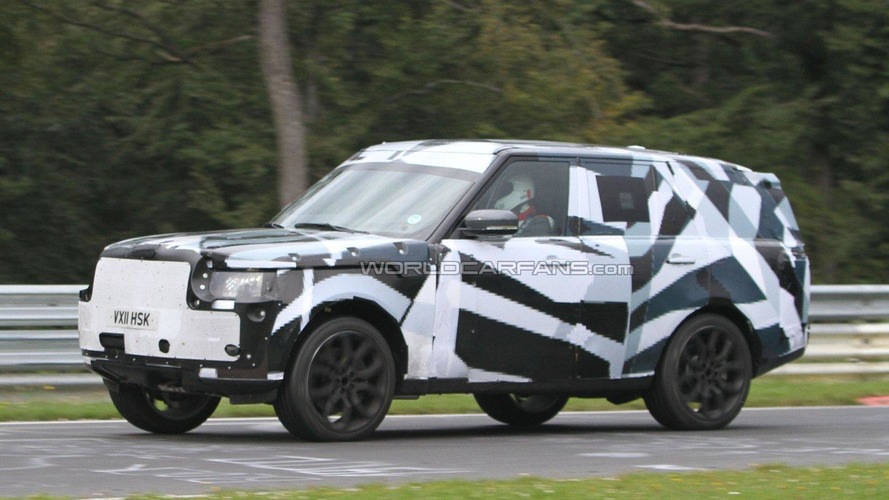 Next-generation Range Rover, spied conducting high-speed testing on the ring, will be larger but weigh less than the current model.

Here are the first spy shots available of the 2013 Land Rover Range Rover spied testing on the Nürburgring-Nordschleife.

The flagship Land Rover model isn't giving away much this early in the game with all that camo, but it was still flying freely conducting high-speed testing. What we do know, and can also see evidence of in the photos, is that the next-generation Range Rover will be larger than the current model but weigh about 400 kg (881 lbs) less due to an aluminum chassis developed with Jaguar.