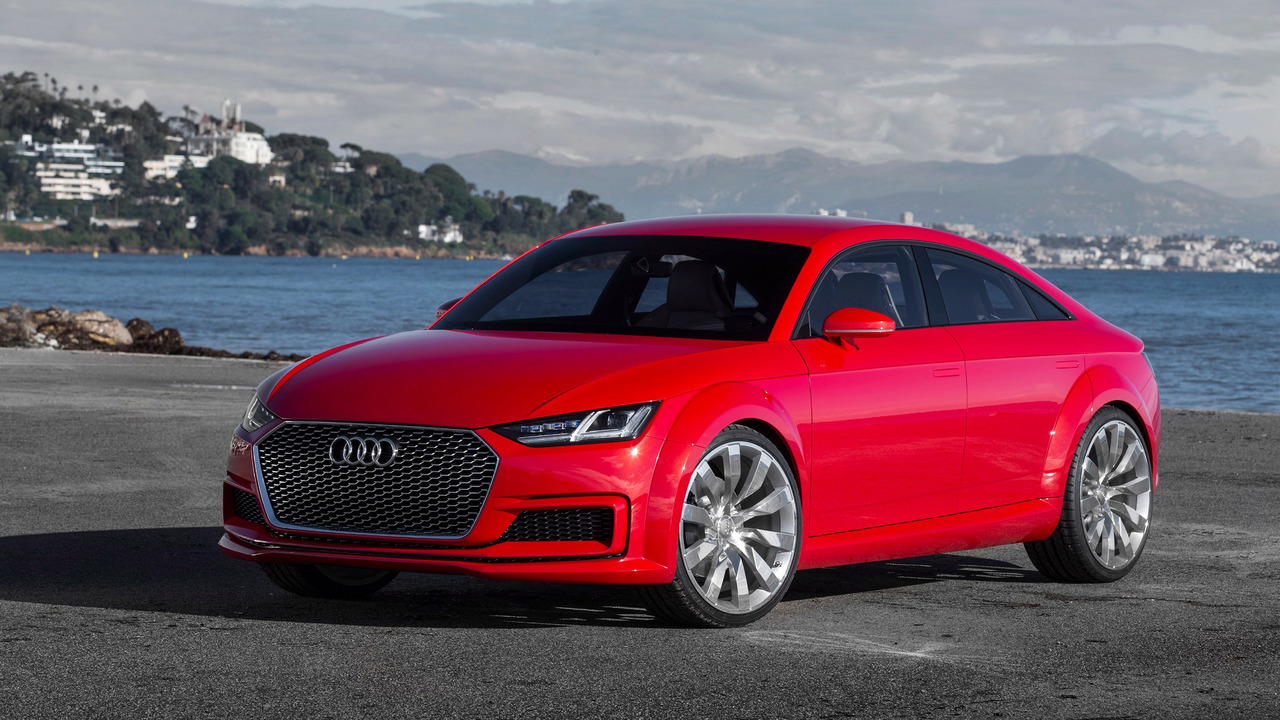 The family-oriented TT is certainly not happening, but there is a glimmer of hope for the S1 hot hatch.

Well, that didn’t take too long. Just two weeks after Auto Express wrote about the four-door TT getting the thumbs up from Audi’s execs, it looks like the more practical take on the Tourist Trophy is not going to happen. CarAdvice sat down and had a chat with Audi's head of communications, Peter Oberndorfer, who said there’s no such thing as a four-door TT in the pipeline.

Official: Audi TT To Be Replaced By Electric Model

He admitted Audi originally had in mind a broader lineup of TT models, hence the unveiling of the Sportback concept a few years ago, but those plans have since been scrapped. Oberndorfer referred to the TT as being an “icon,” one for which the image of a family car doesn’t fit. He said the company is “quite happy” with offering the TT in only coupe and roadster flavors, adding he has no idea why there are rumors of a coupe-esque sedan: “Where the recent stories came from, I don’t know. I don’t know about a four-door TT.”

Gallery: Audi A1 at the Paris Motor Show

In regards to a new S1 Sportback, it looks like it’s not happening either. Oberndorfer revealed the new supermini hasn’t been developed with a performance version in mind, mentioning the hot hatch is “not foreseen on this platform.” He explained it would be too expensive to come up with a new S1, citing high costs with the development of the old one, which was also originally not engineered to spawn an S variant. The Four Rings invested a lot of money into creating the previous S1 – a luxury which it can’t afford now that the R&D team is busy on so many levels with other projects.

While it’s sad to hear there won’t be another S1, some will take comfort from knowing Audi does have an A1 equivalent of the VW Polo GTI, complete with 200 horsepower. It’s no S1 by any means, but it’s still a lot better than the lesser three-cylinder versions. Let’s keep in mind the rumor mill did speak of a next-gen S1 for a late 2019 launch with 250 hp, so we’re a bit confused right now.

As a final note, Oberndorfer disclosed a juicy tidbit about the future of the A1 by saying a mysterious derivative will be launched late next year. He said it won’t be a Q1, so our money is on an A1 Allroad as seen in recent spy shots depicting a rugged A1 testing at the Nurburgring.