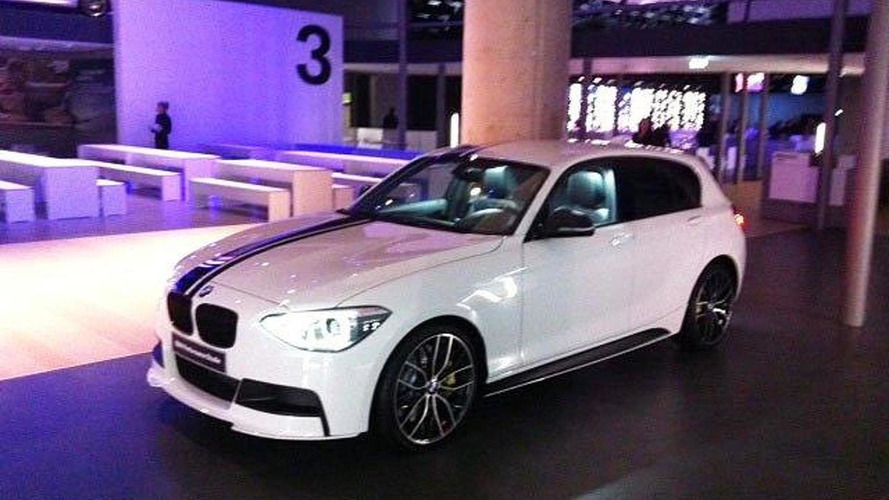 This 'BMW Performance Studie 1-Series' was shown at a dealer presentation and will likely make it to Frankfurt next month too.

Judging by the white paint with the black racing stripes over the top length of the car, these spy images are likely of the 2012 1-Series M-Sport Package which we spied earlier this month.

But, according to 1addicts, BMW is calling this the "BMW Performance Studie 1-Series", performance study, which is to say it is like a concept for a performance variant that is still not ready to make it to the dealer showrooms just yet. The car was, in fact, at a dealer presentation when these photos were snapped and leaked.

The model is sporting new front and rear bumpers that are different from the simpler M-Package 1-Series BMW unveiled just after the new generation 1er was introduced, but similar to those of the aforementioned spy photos.

BMW is likely prepping this car for a debut at the Frankfurt motor show which is promising to be bigger than ever this year.