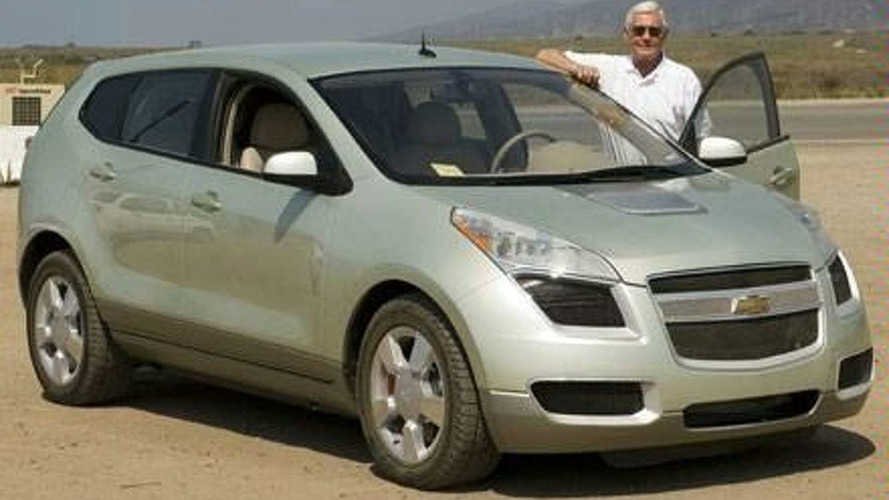 Robert A. Lutz, one of the longest standing automotive industry executives, is planning on retiring from General Motors once the company begins production of a publicly available plug-in electric car.

Robert A. Lutz, one of the longest standing automotive industry executives, is planning on retiring from General Motors once the company begins production of a publicly available plug-in electric car.  This could happen as early as 2010, Lutz said yesterday.

According to the Associated Press, the 75-year-old vice chairman for GM's global product development is currently overseeing the progress of the Chevrolet Volt.  GM hopes the Volt will become the first mainstream electric sedan recharged by a common electrical outlet.

A driveable version of the Volt is expected out of prototype by June 2008.  "I'd like to see the Volt launched because I think that is an absolutely critical product," Lutz told the AP.

GM hired Lutz in September, 2001, and he has receive the lion's share of the credit for stemming the tide of financial losses taken on by the General.  GM lost $12 billion over two years, and had looked to be in the beginning phase of a recovery before 2007 began.  Now, the company's sales are down 6.1% for the first 11 months of the year.

Lutz previously presided over Chrysler, where he ushered in the Dodge Viper and the Plymouth Prowler.  He also oversaw early development of the Ford Explorer when he was a vice president there, and he was involved in the creation of the BMW 3-Series.

No retirement date has actually been set, and insiders figured the Swiss-born Lutz would continue working as long as he was healthy.