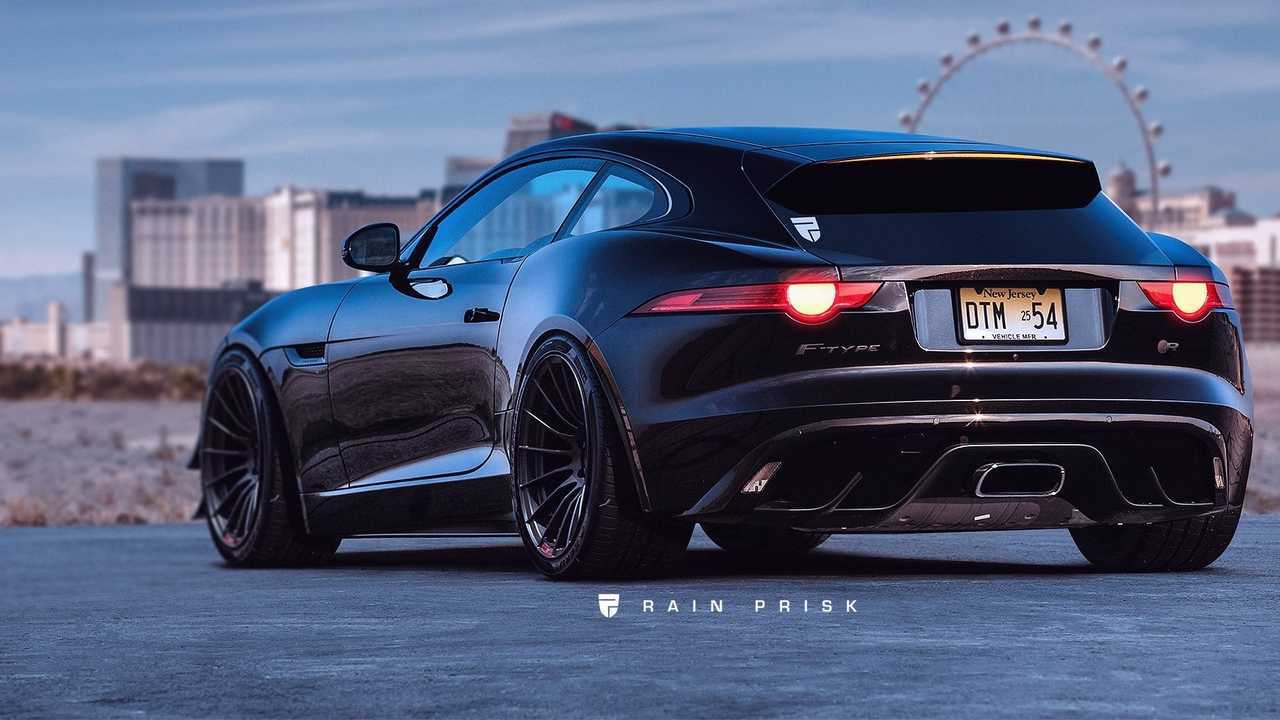 The number of true shooting brakes automakers are selling nowadays is precisely zero, as even though Mercedes has the long-roof CLA and Kia the ProCeed, at the end of the day these are just a bit more stylish wagons. If my memory serves me right, the most recent legitimate shooting brake is Zagato’s take on the Vanquish S, but you’d have to rob a bank to own one. Even if you have the means, you’re probably too late as only 99 cars will be made.

Motor1.com pal Rain Prisk has decided to make an already hugely desirable car more appealing by giving it the shooting brake treatment in digital form. Starting off with the coupe in the spicy R specification, the more practical side of the F-Type has a longer and more voluptuous rear end while retaining the standard car’s sportiness intact.

Here are other imaginary shooting brakes from the same talented artist:

Unless someone is willing to pay an absurd amount of money to a coachbuilder to make it happen, this F-Type R Shooting Brake will only exist on the Internet. While the adjacent render is nothing more than a pipe dream, let’s keep in mind Jaguar is actually thinking of a more practical F-Type. If recent reports are accurate, a 2+2 derivative is allegedly in the works to bring back the spirit of the gone-but-not-forgotten XK.

In today’s SUV-obsessed automotive world, the harsh reality is that demand for shooting brakes is virtually inexistent. Even regular wagons have to greatly suffer from a shrinking demand caused by the increasing popularity of SUVs across all segments of the market. Jaguar has just one in its portfolio, the XF Sportbrake, with the British brand deciding against a smaller XE Sportbrake citing a “very difficult” business case.

Yes, the author certainly has a soft spot for this body style: