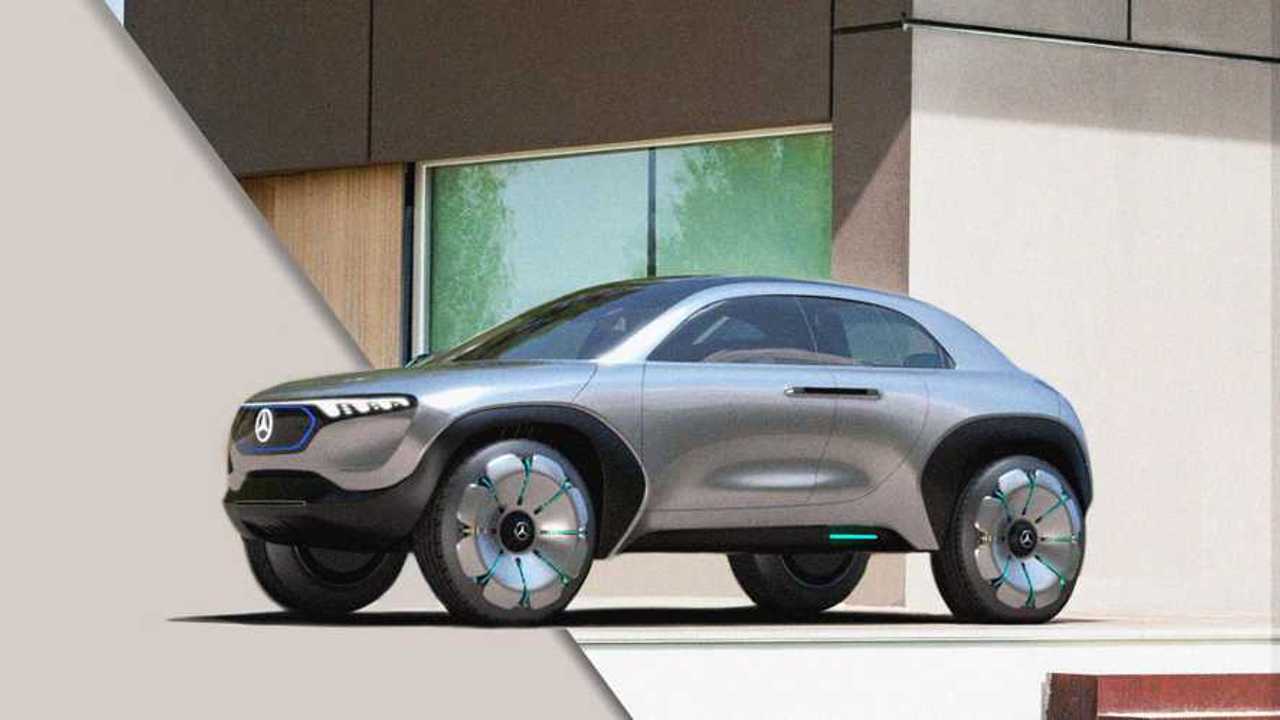 There would be a Smart version on the same platform, too.

Mercedes-Benz has a wide range of crossovers in its lineup ranging from the little GLA-Class to the rugged G-Class, but designer David Voltner sees room for one more. He would add a tiny Smart SUV, too.

Voltner came up with this idea during his internship at Mercedes' design studio in Sindelfingen, Germany. He identified a hole in the automaker's lineup between the top of Smart's range and the bottom of the Mercedes lineup. This pair of SUVs is Voltner's concept for the vehicles for competing in the missing section of the market.

Voltner's tiny Smart crossover features rounded styling that is a sleeker take on the brand's styling. There are two doors and room for four occupants inside. The front end is simple with its stippled grille and bracket-shaped headlights. A curvaceous hatchback sits high on the rear, and it would appear to sacrifice a high lift height for loading the cargo area at the expense of a sleeker appearance on the outside. With just 87 horsepower (65 kilowatts) on tap, the tiny machine wouldn't be a speed demon.

The Mercedes-Benz version would ride on the same platform as the Smart but with a longer wheelbase for a little more room inside. The tiny crossover also has a rounded overall aesthetic, but it has slightly more angular touches to differentiate the shape. The front end is similar to the upcoming EQ models. Getting into the rear seats is slightly easier thanks to the clamshell rear doors. The powertrain would provide drivers with 114 horsepower (85 kilowatts) for getting around.

Voltner's idea for a tiny Smart crossover could work. Daimler is reportedly considering whether to kill the brand, and this is the type of popular product that could give it a new lease on life. Splitting up the costs by creating a Mercedes version might help to make the vehicle more financially viable.