Infinit teaser no. 6 for the JX 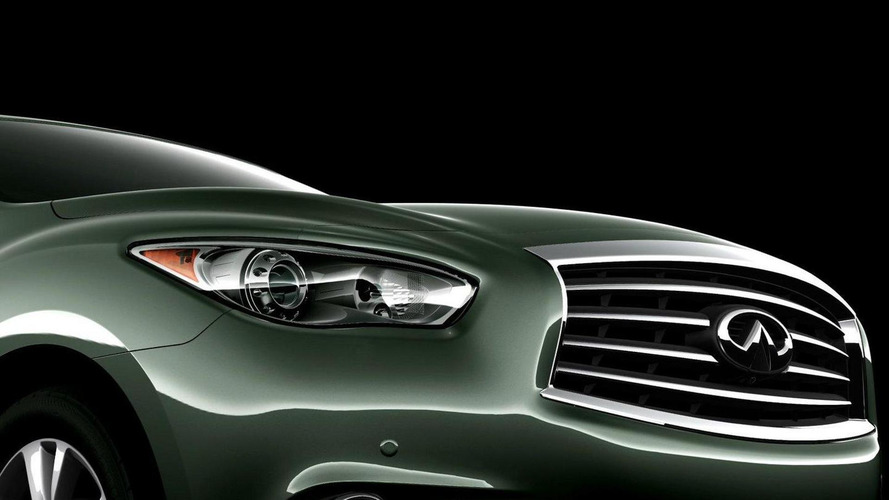 JX Concept will debut later this month while the production model will be introduced at the L.A. auto show in November.

This is the latest teaser released by Infiniti on the upcoming JX Concept, which previews the production model slated for launch later this year.

The teaser so far has given us a fairly complete picture of the exterior of the vehicle. Maybe the next teaser image will be of the inside.

The Infiniti JX Concept is set for a introduction at the Pebble Beach Concours d'Elegance Sunday August 21st. The production model will debut at the Los Angeles Auto Show in November.

Gallery: Infinit teaser no. 6 for the JX