Toyota Camry Production To Be Reduced Amid SUV Boom 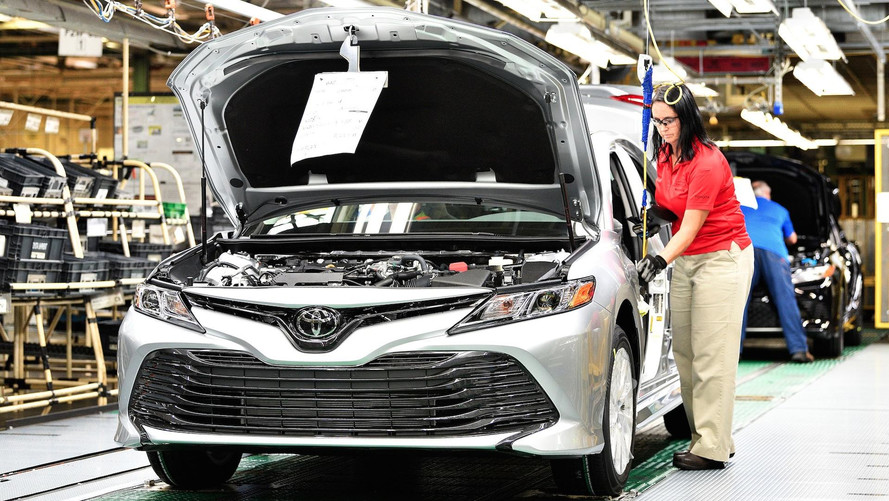 Sales for the four-door are down slightly year-over-year.

Toyota will react to shifting industry demand by slowing one of the three Camry production lines at the automaker's Kentucky factory. It's not currently clear exactly how many fewer units of the popular sedan that the plant would build. The change won't result in layoffs for any workers there.

“The auto industry is cyclical, and our normal process is to proactively plan months in advance for volume adjustments,” Toyota spokesperson Rick Hesterberg told Bloomberg.

The Camry is Toyota's strongest selling car in the United States, but sales are still down 6.1 percent year-over-year through November. The company delivered 289,801 of them through that time, versus 353,151 examples of the Rav4 – Toyota's bestselling product in the U.S.

Toyota also appears to be looking at expanding interest in the Camry with variants like the upcoming TRD model. The sedan gains a more aggressive body kit, including a front splitter, side skirts, decklid spoiler, and rear diffuser. Red accents appear on brake calipers, and the four-door rides on a set of black 19-inch wheels. Additional chassis bracing and a lowered suspension provide a sportier ride. More crimson accents are inside on the seatbelts, shift knob, and floormats. The TRD emblem is embroidered on the headrests. The 3.5-liter V6 continues to make 301 horsepower, but it routes through a new cat-back exhaust.

Toyota execs have recently expressed their willingness to axe future products if necessary. While this dire fate is highly unlikely for the still-successful Camry, it shows that the automaker understands that automotive demand is changing. The model most likely to be on the chopping block is the tiny Yaris because customers seem to love compact crossovers but have little interest in small cars.