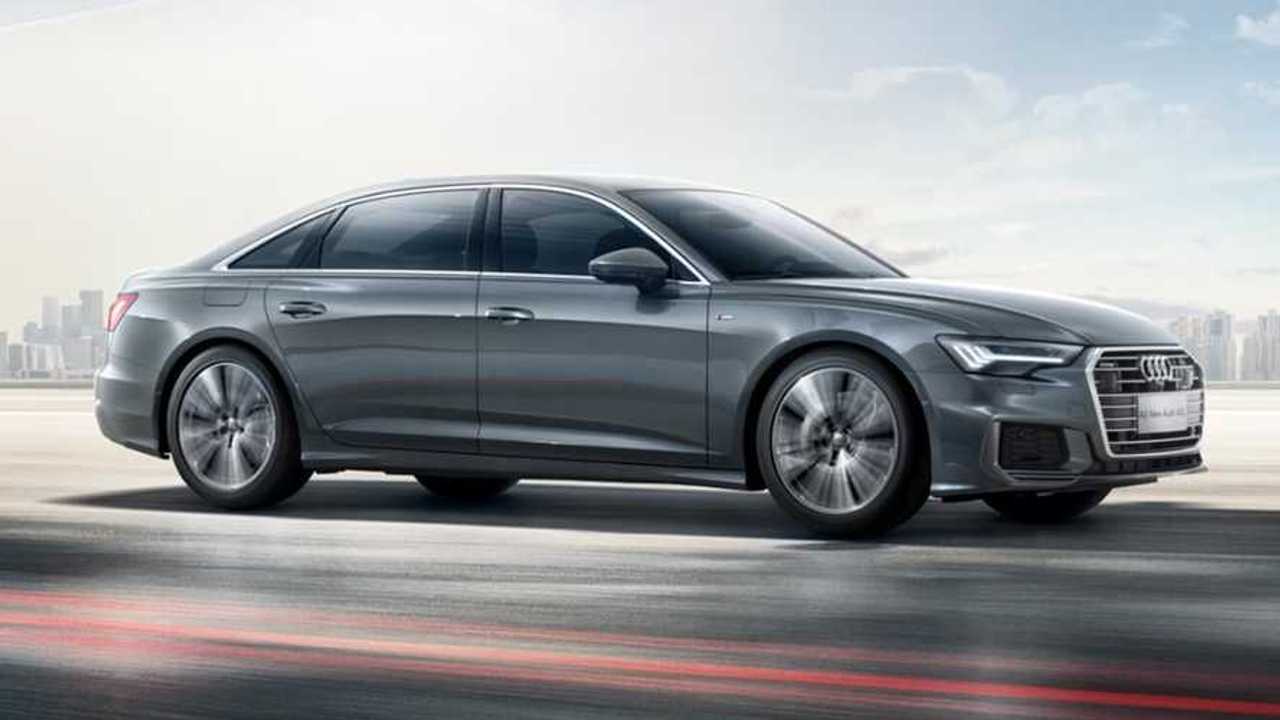 While we’re patiently waiting for the Los Angeles Auto Show to kick off later this month, we need to keep in mind there’s another major event starting today more than 7,000 miles away. The 16th edition of the Guangzhou Auto Show is the venue where Audi has decided to introduce the A6L. Built in China for China, the midsize sedan comes in a long-wheelbase specification and it will be the only version available. In other words, the regular A6 Sedan available in Europe and the U.S. won’t be sold in the People’s Republic, much like we won’t be getting this car.

As with the A8 / A8 L pair, Audi hasn’t messed around at all with the design of the A6L as it looks essentially the same as the normal version. Needless to say, the rear doors are a bit longer to reflect the stretched wheelbase now measuring 3024 mm (119 inches) instead of the usual 2924 mm (115.1 inches). The bigger distance between the two axles pays dividends in terms of legroom for rear passengers and allows those not quite able to afford the A8 flagship to enjoy more ample space in the backseat.

Initially, the Audi A6L will be sold in China with a 2.0-liter turbocharged gasoline engine developing 190 horsepower or 224 hp. Later in the model’s life cycle, a thrifty hybrid version likely carrying the E-Tron suffix will be added to the range.

It will rival these two:

The longer A6 will have to fight the usual competitors, such as the BMW 5 Series and the Mercedes E-Class Sedan, which are both built in China for the local market in LWB guises. In addition, Jaguar sells there a stretched XFL to compete with the Germans. It’s not just sedans that are getting the long wheelbase treatment as lately we’ve been seeing SUVs as well, such as the Audi Q5 L introduced earlier this year and the more recent Mercedes GLC L.