Yeah, it's not supposed to do that.

We don’t know what’s better (or worse, depending on your point of view) about this video. The fact that this old Jeep Cherokee pretty much splits itself apart, or that it sort-of puts itself back together. Of course, we know it doesn’t actually fix itself – there's no magic way to make metal spontaneously bond without some pretty terrific heat. Still, it’s fun to watch this off-roader go from whoa Nellie to it ain’t that bad in the span of a minute. 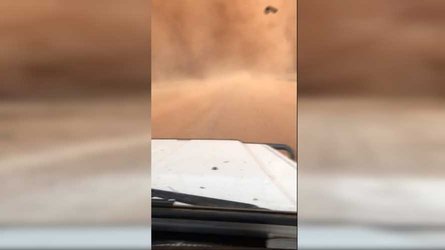 Seeing This Toyota Drive Into A Dust Storm Is Downright Scary 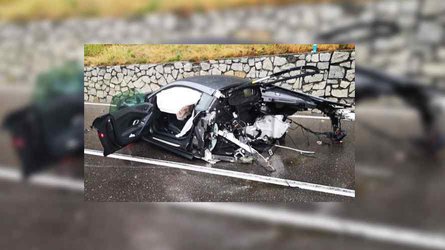 For the record, yes it’s that bad. It’s worse actually, because the body didn’t just rip away from the frame. According to the description from this ViralHog video, the driver of this Cherokee got stuck in a particularly nasty mud hole, and though it doesn’t say this specifically, we’ll assume it was some of that really sticky death-suction mud that can rip your foot off if you step in it. The video starts with the Jeep’s tail already in the air, or rather, part of it. Apparently, the frame was a bit rusty and it actually broke during the extraction. Yikes.

Watching the video a bit closer, we can see the fracture at the back, but the body itself also tears away from the frame in the rear. We don’t know if all the back glass and taillights were already gone before this incident, but the torn headliner and damage to the side suggest this Cherokee wasn’t in the best condition before hitting the trails.

Still, the tow vehicle kept tugging, but instead of seeing a massive Jeep separation (which, admittedly, we kind of wanted to see) the old Cherokee literally pulled itself together as it exited the mud pit. In fact, the video description says the driver was able to get the Jeep back to the parking lot under its own power. Let’s hope a trailer was brought in to get it the rest of the way home, because damn.

We’ve seen some crazy car videos in our time, but this one definitely ranks near the top for jaw-droppers.