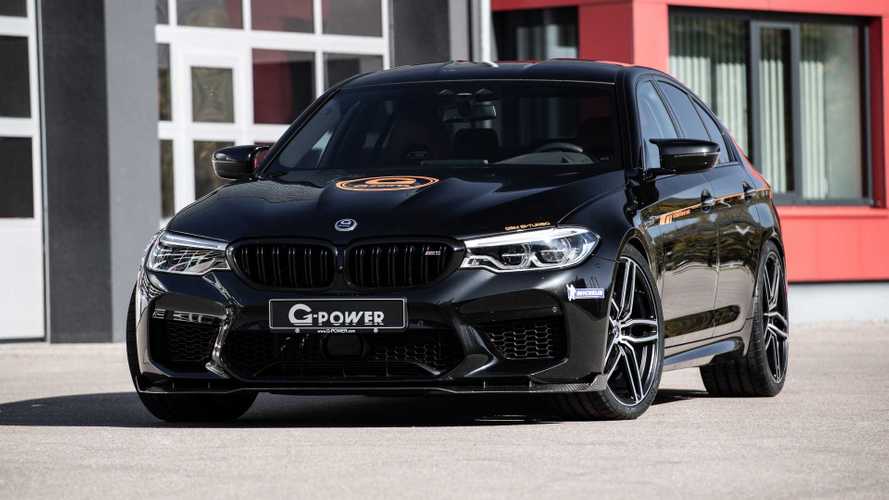 Because there's no such thing as having too much power.

BMW is already catering those with a big thirst for power by offering an amped-up Competition version of the M5, but what if 617 horses are still enough? Enter G-Power. Already a supercar disguised as a four-door sedan, the M5 is reaching new heights in terms of engine output as the twin-turbo 4.4-liter V8 has been massaged to deliver a whopping 789 hp or 172 hp more than you get in the Competition.

That’s not all – torque has also gone up dramatically and it’s now standing at 723 pound-feet (980 Newton-meters) or 170 lb-ft (230 Nm) more than the standard M5 Competition. How was this possible? G-Power explains it has implemented a combination of hardware and software upgrades, such as beefier turbochargers and a remapped ECU. The missile on wheels from Bavaria is now rocking a new titanium exhaust system with quad 100-mm carbon-titanium tips.

The tuner hasn’t messed around with the car’s design as only the stock wheels have been replaced by a custom 21-inch set with a double-spoke design. There are also some subtle body decals along with a plaque on the center console to denote this isn’t an ordinary M5.

Other tuners have already upgraded the new M5:

New Manhart MH5 Detailed On Video, The BMW M5 To Rule Them All

Founded in 1983, G-Power is an expert in BMW tuning and currently holds multiple records, including the one for the fastest road-going BMW with a 730-horsepower M5 that hit 224 mph (360 kph). Another M5, this time around with 660 hp, is the fastest LPG-fueled car out there by reaching an impressive 207 mph (333 kph).