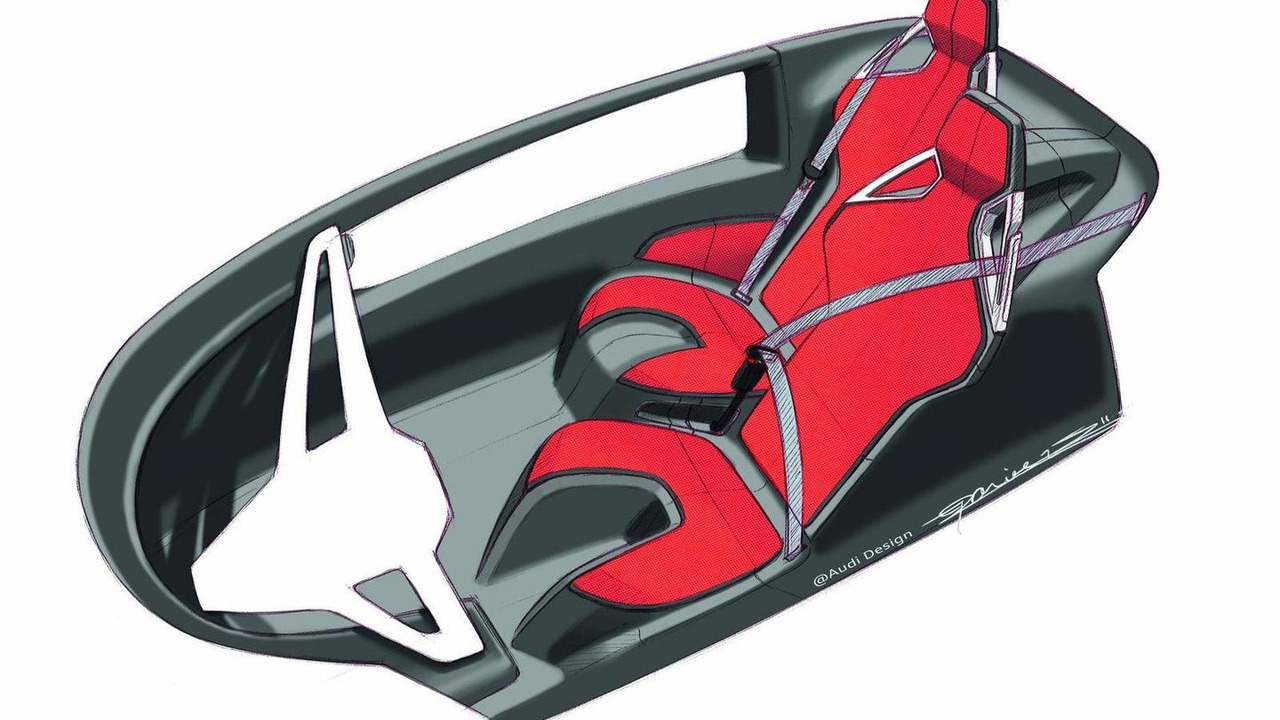 These design sketches here are likely of the same concept vehicle we spied during a video-shoot in Berlin two days ago.

Audi calls it the Urban Concept and the car is an open wheel, 1+1 electric urban cruiser with the passenger seat to the right and just slightly back from the driver's seat, as opposed to directly behind the driver. Access is via the tailgate with a roof that slides back to open too.

The Audi Urban Concept is made from a carbon fiber-reinforced plastic (CFRP) monocoque frame that integrates the substructures of the two seats as well. The wheels are 21-inch in size.

Details on the powertrain are few - two e-tron electric motors drive the car powered by a lithium-ion battery.

We expect the concept to debut in the flesh at the Frankfurt motor show next month with more details to be had then.