The shape might be similar, but this compact crossover is an all-new animal.

Update: Kia dropped a second teaser photo for the new Soul, this time giving us a glimpse of the crossover's new eyes up front. The lights are definitely smaller than before, and frankly, we can't wait to see the revised front clip in its entirety.

The two-week teaser campaign for new vehicle debuts at the 2018 Los Angeles Auto Show is underway, and Kia is keen to be part of the drama. The automaker just dropped the morsel above for us to ponder, showing a small portion of the new Kia Soul’s backside. As far as teasers go it’s a pretty safe one, since the new Soul is still easily recognizable from such a close-up angle.

As we can see, the look won’t be drastically different at the rear, though the silver trim at the top with the embossed name is a neat touch. We’re also given a hint of what looks to be a roof rack, and though the vertically oriented tail lights look similar, we can see they now stretch all the way to the roof. There’s also a hint of a body line on that rearmost panel just above the fuel door, suggesting the new compact crossover will have a bit more definition to its shape.

What else do we know about the new Soul? The big news is that its underpinnings are all-new and shared with the Hyundai Kona, which means all-wheel drive should be an option – something Soul fans have wanted since the very beginning. It will also get an all-electric variant that should have a range of approximately 300 miles. It won’t be a performance beast like the offerings from Tesla, but the electric powertrain is expected to deliver around 200 horsepower (150 kilowatts) so it shouldn’t be boring, either. Gasoline-powered Souls should have a choice of either a 2.0-liter naturally aspirated four-pot, or a 1.6-liter turbo.

Get the scoop on the Soul: 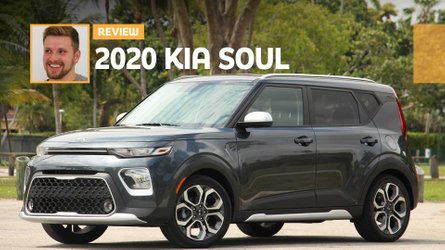 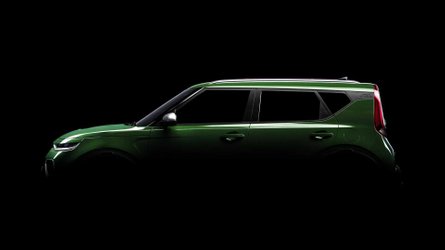 2020 Kia Soul Teased With Floating Roof Ahead Of LA Debut

Kia will reveal the new crossover in just a couple weeks at the LA Auto Show, and we expect to see the electric version there as well. We’ll have boots on the ground to bring you all the latest news and photos from the event.