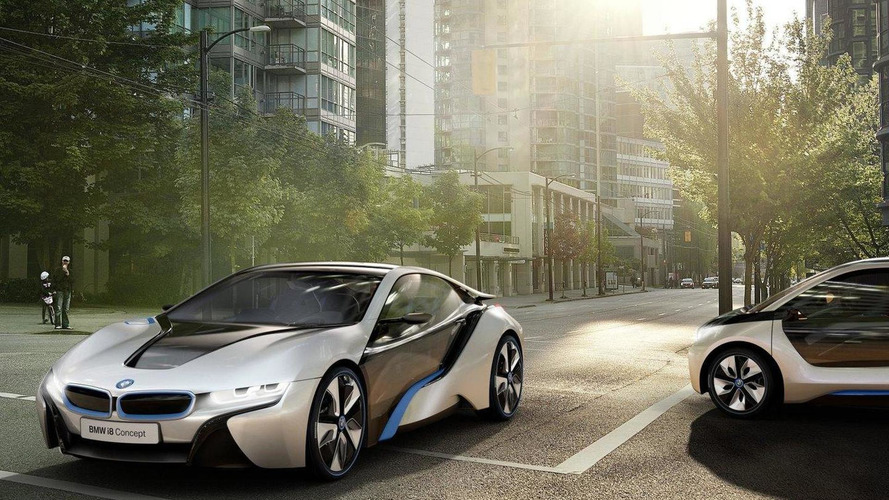 Video shows the i3 compact city car and the i8 highly-efficient supercar driving the streets for the first time.

BMW has released this film on the i3 and the i8 models which shows the two i-sub-brand cars in motion. The video shows both cars prowling an urban landscape but the two models represent the opposite ends of the i-sub-brand range.

The i3 is a compact electric city car while the i8 is a super-efficient supercar with a fuel-economy rating of around 3 liters/100 km (94 mpg imp).

The two cars will debut to the public at the Frankfurt motor show next month.