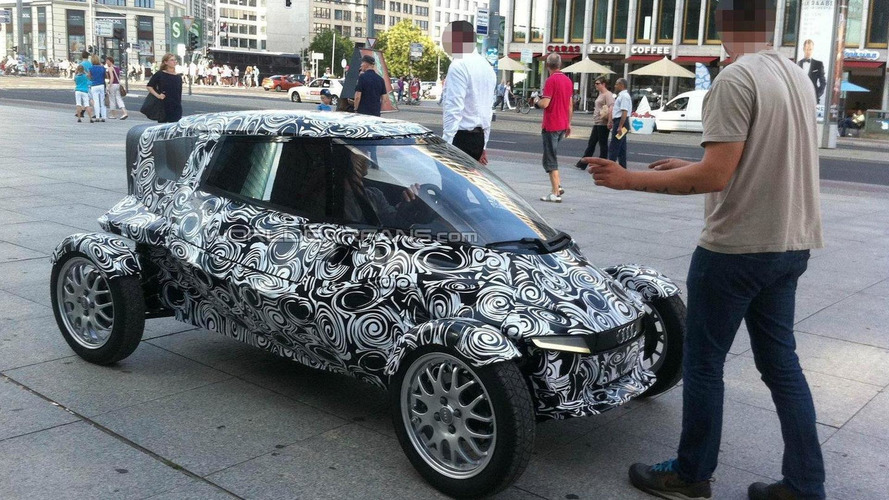 City E-tron Concept is the spiritual successor of the Volkswagen L1 Concept which debuted in Frankfurt in 2009.

Our spy photographers have caught up with this Audi City E-tron Concept during a video shoot in Berlin.

The Audi City E-tron is a two-seater, pod car whereby the passenger seat is located directly behind the driver. The car drove soundlessly, so it obviously runs on electric power. Not confirmed, however, is whether the car is a plug-in hybrid or a fully-electric vehicle.

This concept represents a continuation of Volkswagen's L1 Concept which debuted at Frankfurt two years ago. That concept's goal was to create a car that has a fuel-economy of around 1 liter/100 km or 235 mpg (U.S.).

We expect the concept to debut next month at the Frankfurt motor show.