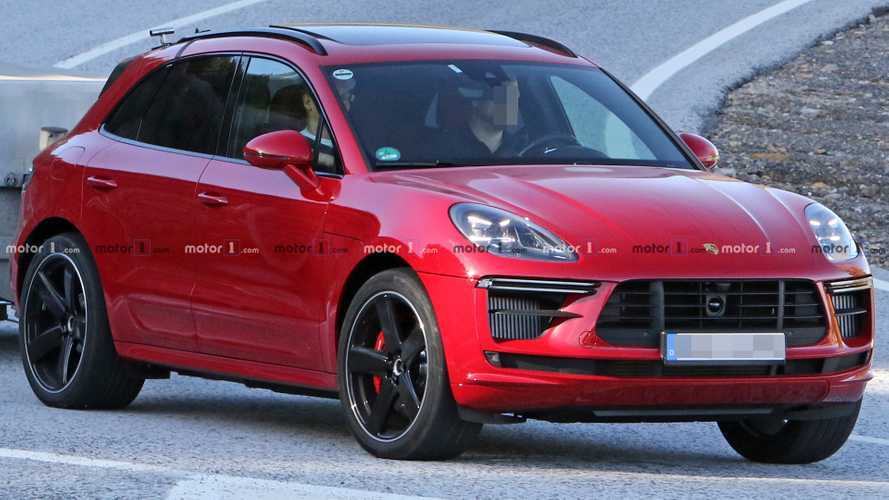 Porsche unveiled the refreshed 2019 Macan at the end of July and assembly began in late August. While we know one is on way, the company isn't showing off the Macan Turbo yet, but these spy shots provide a great look at the higher performance, upcoming model. This one is even hauling a little trailer, proving that the company's smaller crossover can tow at least small amounts of weight.

Compared to the standard Macan, the Turbo features a completely different front fascia (see comparison below). The turn signals move to the top, just below the headlights, rather than being near the lower portion of the grille. Radiators are clearly visible behind the corner intakes, and there dedicated areas for various sensors in the grille.

The tweaks to the rear are more subtle. Dual, square-shaped exhaust outlets emerge from each side of the diffuser, rather than the circular pipes on the standard Macan. The roof spoiler gains a pair of strakes, too.

Take a better look at the refreshed Macan:

Porsche confirmed the Macan Turbo's engine during the standard model's introduction. It'll share the Cayenne S' twin-turbo 2.9-liter V6 with 434 horsepower (324 kilowatts), which will equal the 2018 Macan Turbo with the optional Performance Package. Gearbox specification are still a mystery, but the Cayenne S has an eight-speed automatic.

Porsche will also offer Macan variants between the base model and the Turbo. For example, the S will have 349 hp (260 kW). There will also be a new GTS, but the automaker won't release specs for it yet.

We don't yet know exactly when the Macan Turbo arrives but look for it in dealers in 2019. With production of the standard model already underway, the company can now start rolling out additional variants.