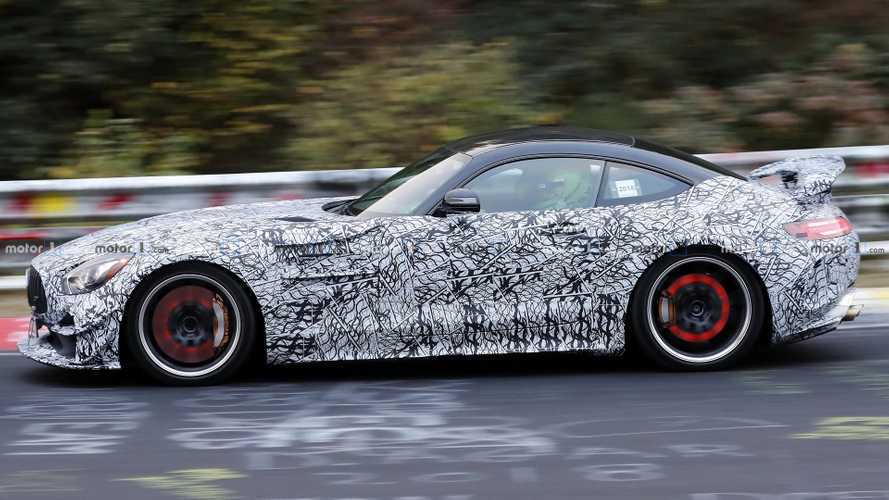 The meaner coupe was spotted in its natural habitat – at the Nurburgring.

Mercedes-AMG is planning to dust off the Black Series badge in 2020 for a range-topping version of the GT Coupe, but contrary to popular belief, this isn’t it. What we’re dealing with here is, in fact, the already confirmed Clubsport version of the R. Essentially an equivalent of Porsche’s Weissach Package, the new enhancement for the speedy coupe will make it more track-ready than ever before. It will probably hit dealer at one point next year together with the entire updated AMG GT family, which will be expanded with the addition of a GT R Roadster.

The glowing brakes at both front and rear axles indicate the prototype seen at the Nurburgring was being put through its paces by the test driver in search for any optimizations that need to be taken care of before starting production. It’s worth mentioning the hotter Clubsport version was being tested alongside the “normal” R upon which it will be based. It is unclear whether the upgrades will come in the form of an optional package for the AMG GT R or Mercedes-AMG will label it as a separate model, though we’re leaning towards the former scenario.

Despite the heavy camo, it’s easy to notice the amped-up coupe features multiple aero upgrades, starting at the front where there are massive canards and a low splitter. The front fenders are home to prominent fins that stick out from the body, while the rear hosts a new exhaust system with a pair of dual tips near the corners of the bumper.

Although we can’t see what’s going on inside the cabin, Mercedes through the voice of AMG boss Tobias Moers did reveal earlier this year the Clubsport will be a bit lighter than the standard R. It could mean a stripped-out cabin will eschew some of the luxury amenities in the quest to shave off some fat over the 3,650-pound (1,655-kg) curb weight of the R.

While it won’t be a hardcore road-going equivalent of the GT3 or GT4 race cars, AMG’s head honcho did promise it will serve as a “track day version, for fun on circuits.”

Expect an official reveal to take place at an upcoming major auto show.