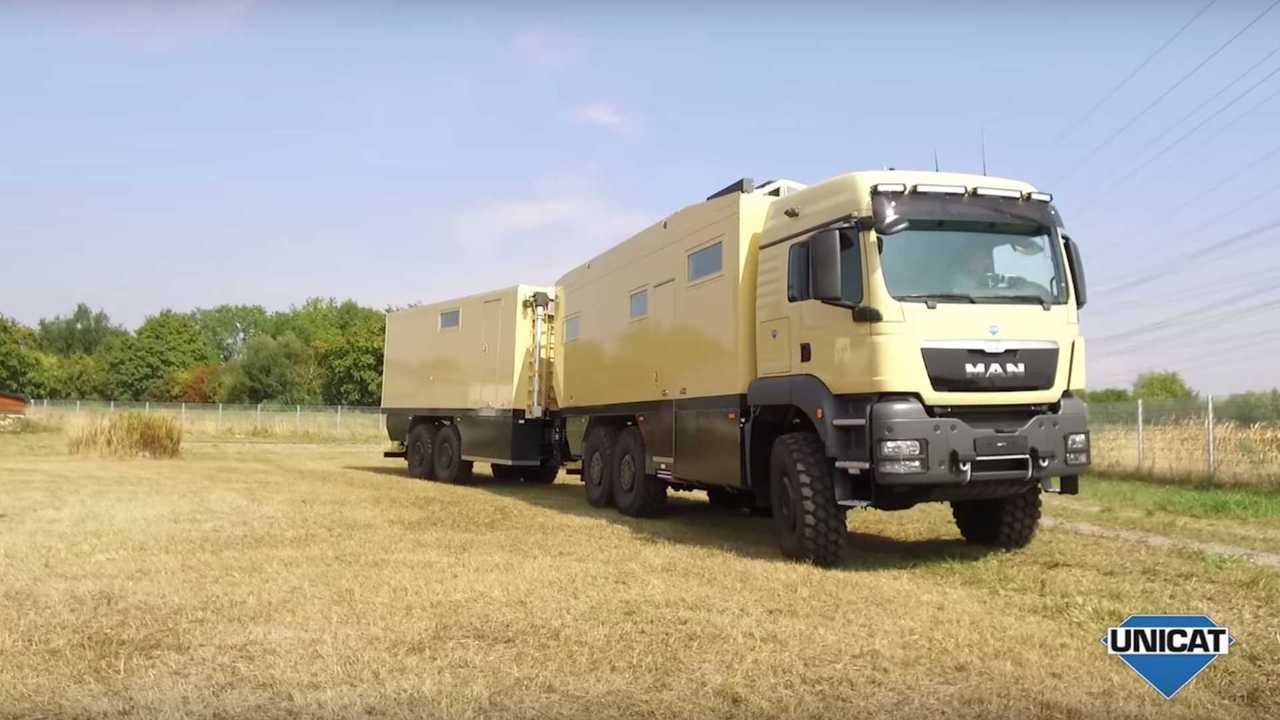 The ultimate RV has arrived.

What do you get when you combine a MAN TGS 6x6 truck, two trailers, home-like amenities and interior, and a purpose to cater to the needs of Kazakhstan Raid Rally Teams? This – the Unicat MD75HMB+WT69 - MAN TGS 26.540 6X6 made by Unicat Expedition Vehicles, a German maker of individual expedition vehicle or recreational vehicles with all-wheel-drive chassis.

Are you in for recreational vehicles?

So, where do we start?

The Unicat MD75HMB+WT69 - MAN TGS 26.540 6X6 is an RV specifically made to become a service truck for a rally racing team. As such, it's made with a workshop at the back and a lot of storage space at the sides to bring heavy service equipment for the team. What's even better is that the other side of the truck has two fuel tanks to boot: a 400-liter gasoline tank and a 500-liter diesel tank. Both tanks can be used to fuel other cars and other equipment.

The Unicat ultimate RV is comprised of two parts – the first trailer serves as the master's cabin and as the presenter in the video said it, it's for the "boss." Its front part has a U-shaped living area for six people where each can chill with coffee cups and whatever its bar can serve. The middle part serves as the kitchen and bathroom, while the hind part is for the master's bedroom with a double bed inside.

The rear trailer, on the other hand, has a service area up front that has a kitchen and bathroom, while the middle part has a bedroom for four people (two bunk beds). The rear end is where you could find the workshop, designed to keep tools and equipment such as welding tools, cabinet for spare parts, and more. It can be accessed through a huge ladder at the back.

The head, by the way, can house two drivers who can sleep via two beds. The MAN TGS 6x6 head is powered by a 540 horsepower engine, enough to pull the entirety of this Queen Mother RV.