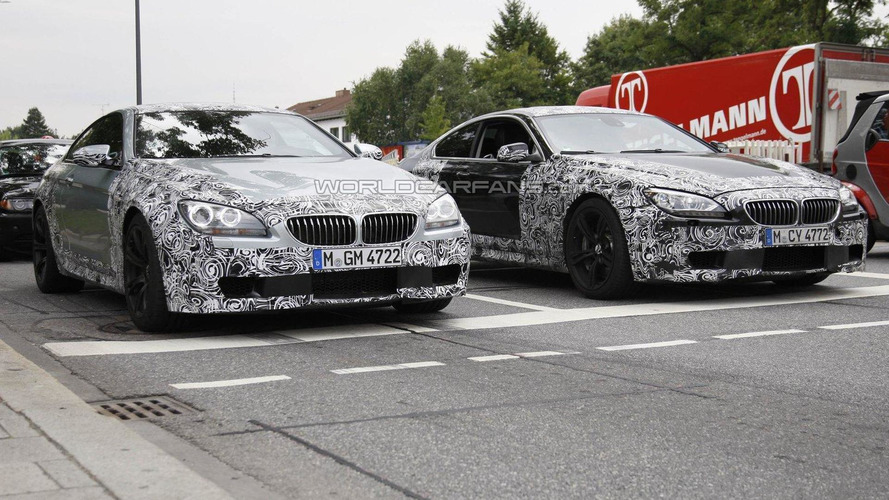 Two prototypes of the upcoming M6 were spied testing side-by-side in southern Germany.

As in the previous set of shots of the M6 Coupe, we get to make out some elements of that aggressive new front fascia and the rear bumper with an integrated quad exhaust.