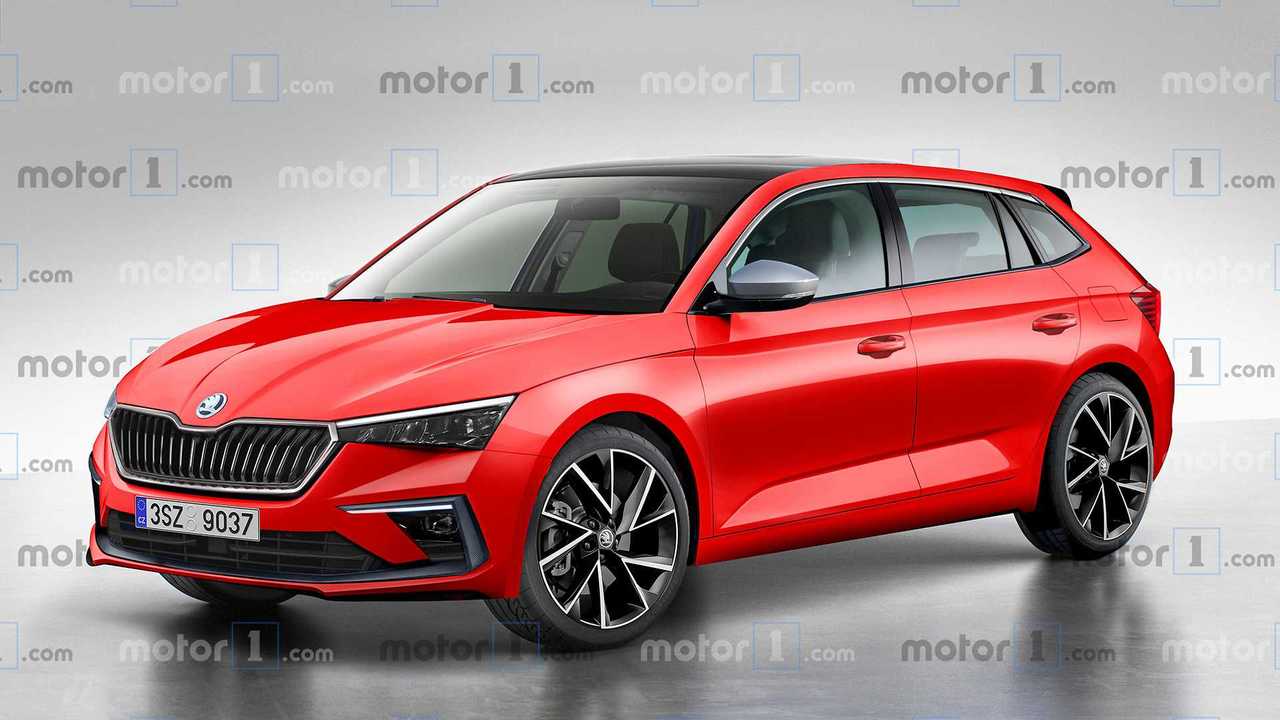 With the Rapid replacement, the compact hatchback segment is about to heat up.

While Volkswagen is putting the finishing touches on the eighth-generation Golf, Skoda is not wasting any time either. The Czech brand will introduce in less than a month from now a brand new five-door hatchback that will go by the name of Scala. Already previewed by the promising Vision RS concept, the new member of the family based in Mladá Boleslav will represent a significant departure from the bland Rapid and Rapid Spaceback.

Our render attempts to imagine the production version of what will be a more upscale product compared to the model before it. By pushing it upmarket, it means Skoda will want to fight the big names in the segment, such as the Megane and Ceed, not to mention models from within the group like the Golf and Leon.

The road-going Scala is obviously not as exciting as the concept, but we’re keeping our fingers crossed Skoda will diversify its RS portfolio with a hot hatch version that will resemble the showcar we saw in Paris last month. Even if it’s not on a par with the Vision RS, our vision of the Scala is still a breath of fresh air in Skoda’s growing lineup. We’ve imagined it in a high-end trim level, complete with full-LED headlights, a panoramic sunroof, and snazzy 19-inch Triglav wheels available on an assortment of upper-spec models from the Czech marque. All that’s missing is the SportLine badge.

Skoda has already released a significant amount of details about the Scala, mentioning it will be available with five engine versions of the TSI, TDI, and CNG varieties – all of which are going to be turbocharged. Output will vary from 90 to 150 horsepower channeled to the wheels through manual and automatic transmissions.

We’ll find out on December 6 whether our speculative render is close to the real thing. Skoda will unveil its new compact car in Tel Aviv, Israel and is going to have it on sale in the first half of 2019.