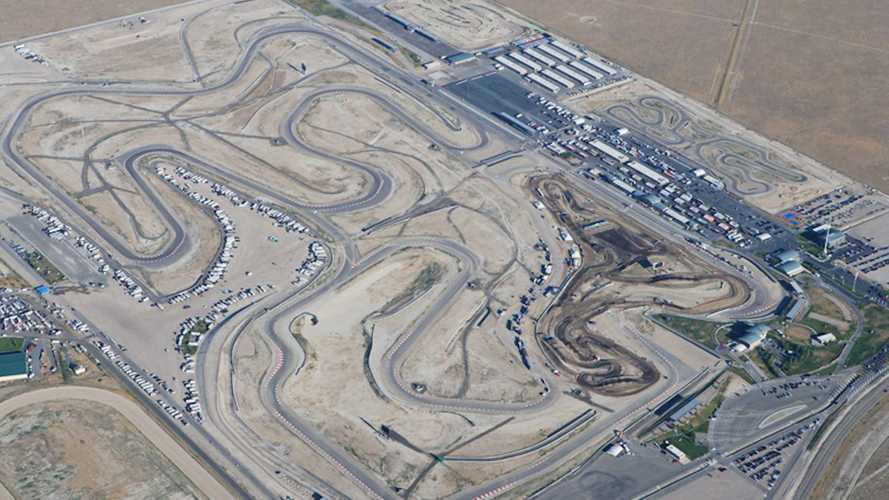 The company has big plans for the property.

Mitime, a subsidiary of Geely, the Chinese automaker that owns brands such as Volvo, London Taxi Cab, Lotus, and others, now owns the Utah Motorsports Campus. The automaker bought the 511-acre facility from Tooele County, which owned the property and took over supervising the track after the Miller family declined to extend its agreement.

“We are thrilled to finally consummate this agreement to purchase Utah Motorsports Campus,” said William Lee, vice president of Mitime. “This facility is a perfect fit with our company’s other enterprises, and we are looking forward to making it bigger and better in the future. “We very much appreciate the efforts of Tooele County to make this effort come to fruition, and we are humbled by the outstanding support we have received from the people of Utah since we began operating the facility.”

Check out the latest motorsport news:

Watch These Race Cars Deliver An 11-Minute Symphony Of Horsepower

Before being named Utah Motorsports Campus, the facility was named Miller Motorsports Park. It was built by Utah businessman Larry H. Miller, and it opened in 2006. But in 2015, the family decided not to extend the agreement with the county to operate the facility. The county then owned the property. At the time, Mitime was interested in purchasing the facility; however, legal hurdles hindered the sale. Instead, the county hired Mitime to manage and maintain the faculty beginning in 2016, which included retaining many of the employees from Miller Motorsports Park. The name changed shortly after that to avoid any confusion.

“We are really excited about the future of UMC, and we have significant plans for the facility,” said Willem Geyer, CEO of UMC. “We are studying the viability of adding various race tracks, entertainment venues and supporting infrastructure that will not only solidify our position as one of Utah’s major entertainment facilities but also ensure that UMC will be a profitable venture for the first time in its history.”

The sale includes the race tracks, all buildings and assets, and the property.