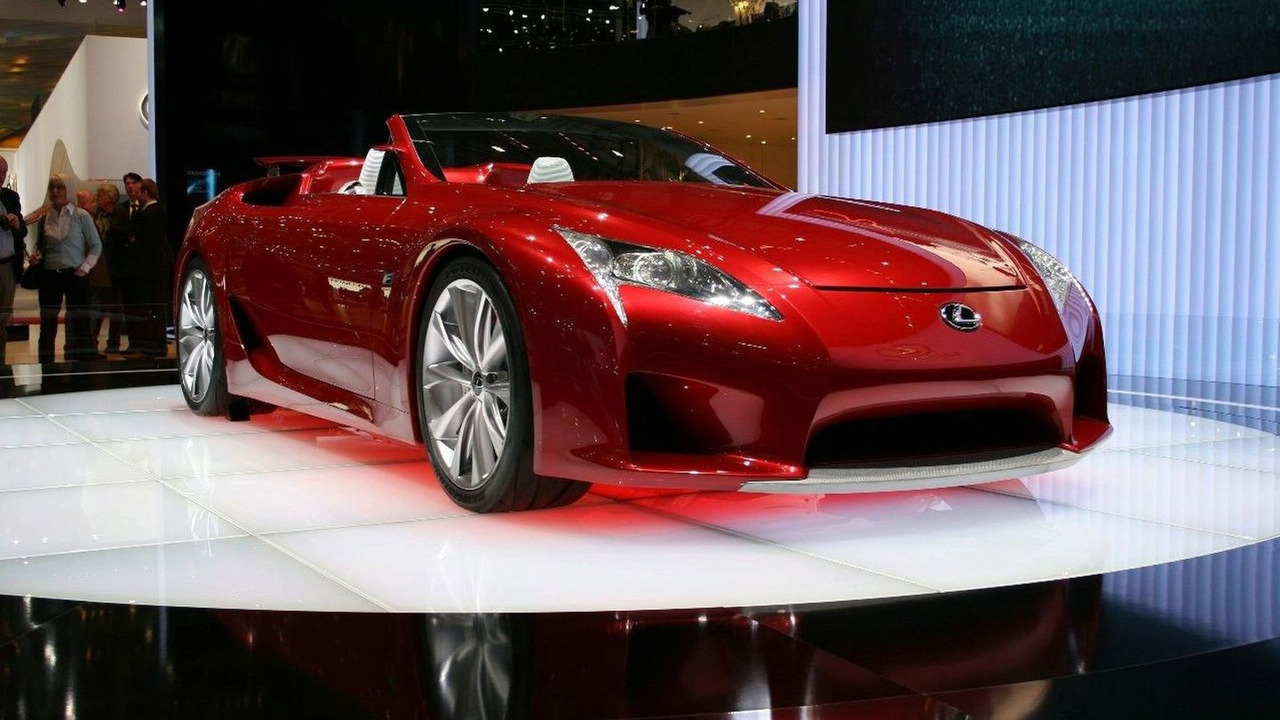 New details are starting to emerge about the future Lexus lineup as Automotive News is reporting the company will introduce a variety of redesigned models.

New details are starting to emerge about the future Lexus lineup as Automotive News is reporting the company will introduce a variety of redesigned models.

First up, the redesigned GS will be launched in early 2012 with a 3.5-liter V6 engine. The car was previewed by the LF-Gh concept and the production model will debut at the Pebble Beach Concours d'Elegance on August 18th.

Next up, the 2013 ES will be based on the redesigned Toyota Camry. It is slated to debut in the summer of 2012 and adopt a prominent grille as well as an optional hybrid powertrain which could deliver a combined fuel economy rating of 40 mpg US (48 mpg UK / 5.9 L/100 km).

The next-generation IS will reportedly ride on a shortened GS platform and feature sporty styling, improved handling and minor engine tweaks. It is slated to be introduced in late 2012.

Lastly, on the sedan side, the LS is due for a complete redesign in the spring of 2013. It will have a greater emphasis on fuel efficiency which means we can expect lightweight materials and an optional hybrid engine.

Since the company recently introduced the GX and LX, only the RX is due for updates. As such, there should be a redesigned model in early 2014.