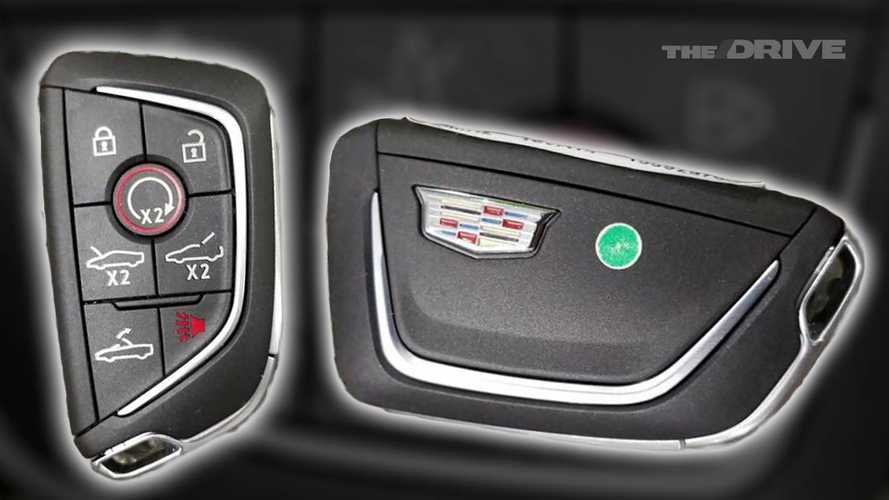 Every now and then, someone snaps a photo of something that sets automotive world aflame. This time that someone is a reader of The Drive who shared several photos with the publication of a mysterious key fob that hints Cadillac may get a Corvette-based, mid-engined model. This will get the internet rumor mill going.

Let's Hope The Mid-Engined Chevy Corvette Will Look That Good

The photos show a nondescript chunk of plastic. Show it to a random person on the street, and it’s unlikely they’d decipher the fob’s interesting markings. You see, the car images on the buttons aren’t of a Cadillac model currently offered. Instead, they’re what Corvette uses on its key fob. But there’s more. In the lower corner of the fob is a button with a car on it that has to front trunk opening. Why?

The mid-engined Chevy Corvette is far from pure speculation at this point. Just two years ago some in the automotive press speculated the mid-engined prototype caught testing could be a mid-engined Cadillac instead of a Corvette. There’s little to substantiate the rumors, though the discovery of the key fob above will drum up speculation.

The Drive speculates Cadillac may get its own model based on the mid-engined Corvette in the near future. However, the publication added the car could get a hybrid or electric powertrain as a way to differentiate it from its Corvette sibling. GM doesn't need two mid-engined supercars in its portfolio with a honking V8 engine. A hybrid or EV powertrain would be the perfect way to differentiate the two.

However, all of this is speculation. Click on over to The Drive to read more of it if you're curious. This mysterious key fob could be nothing more than a universal remote designed to function as an all-in-one fob for a host of development vehicles in GM’s testing fleet. We just don’t know, and it’s doubtful Cadillac is eager to discuss any future product plans. Giving away secrets isn’t the best idea in the automotive industry.