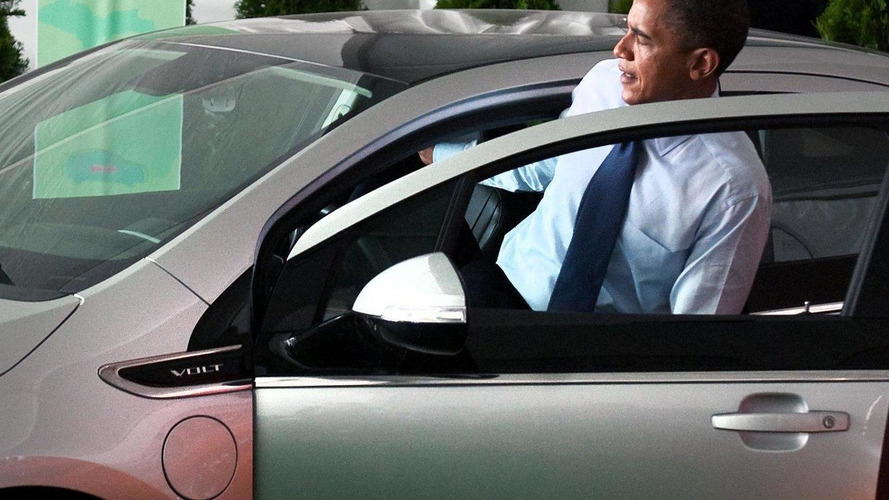 German automaker contends standards are too lenient on light trucks - a segment where their competitors dominate.

U.S. President Barack Obama has issued a new proposed fuel-economy standard of 54.5 mpg (4.3 liters/100 km) by 2025 - a proposal backed by most major automakers selling cars in the United States.

Obama was flanked by the heads of most of the domestic and import automakers, representing 90 percent of the market, when the announcement was made.

VW is opposed to the new rules because they are lax towards light trucks. According the proposed standards, passenger cars would have to improve fuel-economy by 5 percent per year, while for light trucks the figure is only 3.5 percent.

The U.S. has separate rules for passenger cars and light trucks - a segment which also includes truck-based SUVs - with more favorable standards provided to that category.

"The largest trucks carry almost no burden for the 2017-2020 time frame, and are granted numerous ways to mathematically meet targets in the outlying years without significant real-world gains. The proposal encourages manufacturers and customers to shift toward larger, less efficient vehicles, defeating the goal of reduced greenhouse gas emissions."

Unlike most of the major automakers in the U.S.-market, including some of the big Japanese brands such as Toyota and Nissan, VW does not compete in the full-sized pickup segment - the largest vehicle segment in the United States market.