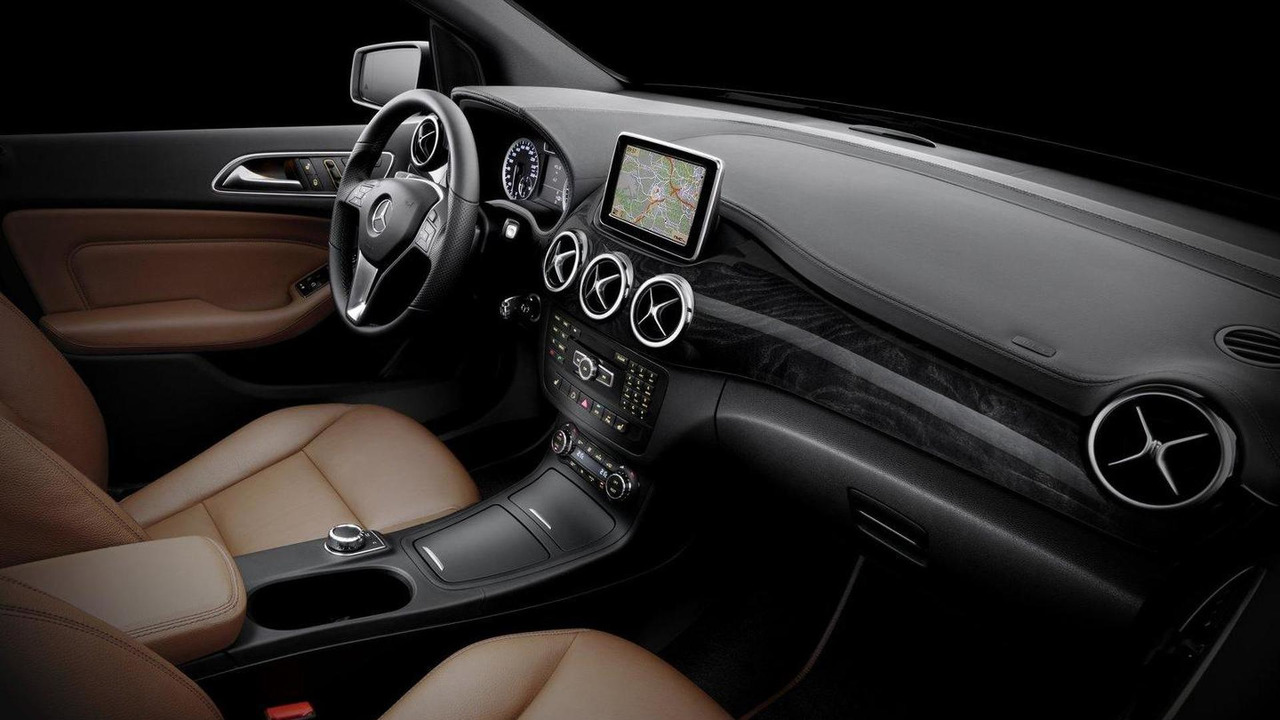 New B-Class cabin photos show a high level of refinement is being brought to this compact-class model.

Mercedes-Benz is following through on its promise of delivering more luxury to the upcoming 2012 B-Class.

The automaker has released the first official photos of the interior of the new B-Class and what we see here is a level of refinement you would expect on one of Benz's more expensive coupes.

Striking to the eye is a set of three-dimensional horizontal design lines that run across the dashboard. Various cabin finishes play on those lines in different ways under the categories of modern, sporty or classic. The dash can also be covered in stitched ARTICO man-made leather.

The three-spoke steering wheel is borrowed from the CLS and the instrument panel is made up of four analogue dials - with two small ones on the inside bottom-right of the speedometer and tachometer.

The next-generation B-Class was designed at Mercedes-Benz's Advanced Design Studio in Como, Italy and the brand says in the press release that the new B-Class will be taking the "compact class to a whole new level".

The 2012 B-Class will be unveiled at the Frankfurt auto show in September and goes on sale in Europe in November.