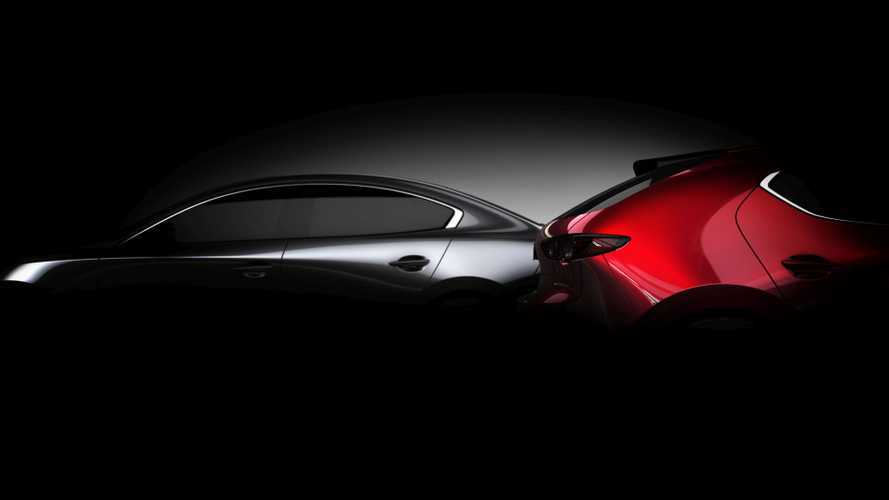 It looks like both the hatchback and sedan are going to be in Los Angeles.

After a cryptic 15-second-long teaser video published last month, the Zoom-Zoom company has now released a new image confirming the all-new Mazda3 is right around the corner. By that we mean the world premiere is scheduled to take place at the end of this month during the Los Angeles Auto Show. The event will open its doors to the media on November 28 with the first press day, but don’t be too surprised if the car will be revealed on the Internet a few days before.

There’s more good news to share as not only will it introduce the five-door hatchback, but Mazda is also going to unveil the four-door sedan. Obviously, details are scarce at the moment, but we do know straight from the horse’s mouth that the new 3 will adopt a more mature interpretation of the excellent Kodo design language. It’s safe to say the promising Kai concept (pictured below) is an accurate blueprint of what to expect from the road-going car.

New Mazda3 Might Get All-Wheel Drive And A Manual Together

The short press release published today reiterates the revamped compact Mazda models will adopt the next generation of SkyActiv engines, while the overhauled platform aims to “deliver new dimensions of driving pleasure to customers around the world.”

One of the most important assets of the next-gen 3 will be under the hood where we’ll find a SkyActiv-X (pronounced “ex” not “ten”) engine. We drove a Mazda3-bodied prototype at the beginning of the year with the new mill, which took the shape of a supercharged inline-four featuring cooled exhaust-gas recirculation and an electrically controlled variable valve timing. Mazda is being coy on details, but promises the new gasoline engine will cut fuel consumption by 20-30 percent while boosting torque by as much as 20 percent to deliver diesel-like levels.

The prototype’s engine has been engineered to work with a six-speed manual gearbox as well as an automatic with the same number of gears. In the prototypes, Mazda’s engineers had to add special foam in the engine bay to silence the four-cylinder mill in the same vein as premium European automakers strive to make their diesel engines quiet.

Dave Coleman, Mazda’s manager of vehicle dynamics engineering, admitted noise, vibration, and harshness (NVH) are “very challenging” due to the new engine’s explosive nature of compression ignition and the higher-pressure fuel system. He went on to mention the SkyActiv-X engine does not have anything in common with today’s 2.0-liter SkyActiv-G, adding the engineers had to reinforce the new unit since the explosions are putting more strain on the internal components.

We’re eager to learn more about the next-generation Mazda3, so it’s a good thing the wait is almost over.