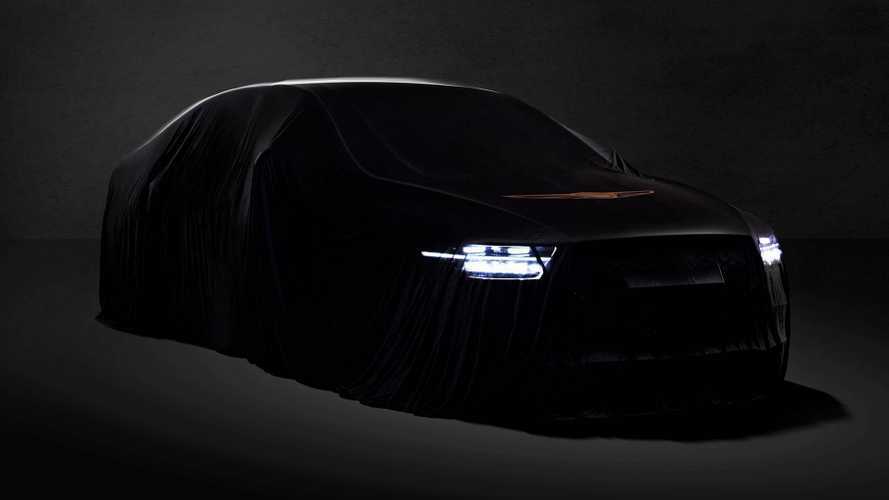 It looks like the fullsize luxury sedan is about to get a major redesign.

Let’s face it. If it weren’t for that copper Genesis logo projected onto the hood, most of us would have a hard time figuring out the identity of the car. Published a few hours ago on the company’s official South Korean Facebook page, the shadowy teaser image depicts the updated G90 or EQ900 as it’s known in its domestic market. Formerly sold as the Hyundai Equus before being promoted to the Genesis brand, the fullsize luxury sedan is about to get a drastic makeover.

Being a teaser image, it doesn’t come as a surprise Genesis slapped on a car cover to hide its flagship model, but even so we get to see some of the changes that are in tow for the Kia K900’s alter ego. For starters, the headlights look nothing like the ones you’ll find on the current G90 and adopt what looks to be an extremely long daytime running light signature that extends from the border of the grille to the front fender. The chunky clusters have a completely new shape and appear to employ sophisticated LED tech.

After adjusting the exposure of the image in the quest to uncover more details, we discovered the front grille has also been changed. Gone are the multiple horizontal lines of the current G90 as the facelifted model will adopt a honeycomb pattern. The lower grille has also been modified as it’s visibly larger than before, which in turn means the bumper will be different as well.

That’s all that we can see for the time being, but we’re expecting the rear end to also host quite a few changes. We have it on good authority the bumper and LED taillights are going to be modified for the sedan’s mid-cycle refresh, which will also come with fresh paints and new alloy wheel designs.

The interior is expected to get all the toys we’ve seen in the new K900, including a completely digital 12.3-inch instrument cluster complemented in the Kia by an infotainment display of the same size.

Expect the wraps to come off later this month in South Korea, but the U.S. version will likely be revealed at a later date.