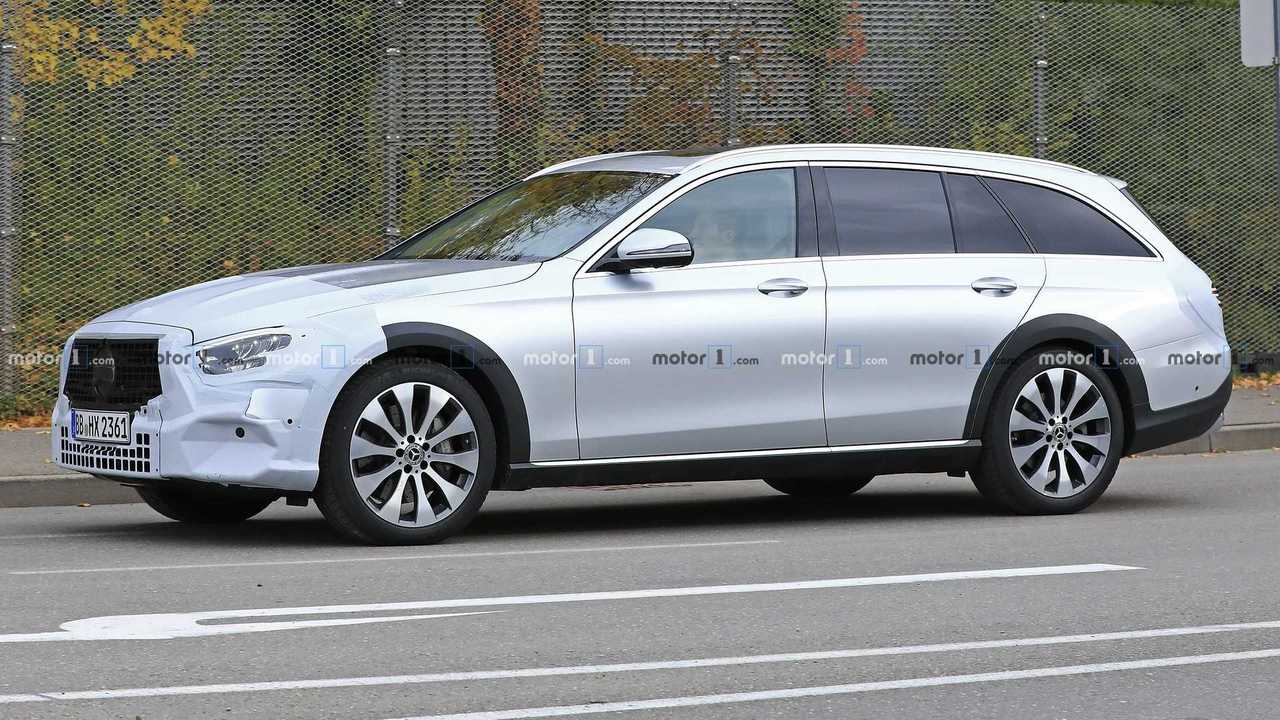 A forbidden fruit in the United States, the E-Class All-Terrain was introduced a little over two years ago in Europe, but it looks like Mercedes is already preparing a minor update. The rugged midsize wagon has been caught by our spies carrying camouflage on its front and rear fascias, which is exactly where you’d expect to see changes on a facelifted model.

Because of the disguise, we can’t quite figure out at this point what exactly has been modified by Mercedes’ talented cosmetic surgeons, but it looks like the headlights and taillights have different designs. One can assume the front bumper is also a bit different, although nothing major. The grille might have been tweaked as well judging by the camouflage’s cutouts, but it’s too early to know for sure as that might be there just to throw us off. The rest of the wagon does not carry any camo whatsoever, thus suggesting the mid-cycle refresh will be minor.

Why is Mercedes in a hurry to give the All-Terrain a nip and tuck? It’s a bit of a mystery because the refreshed E-Class family is not listed in that product roadmap for 2019. In theory, it means the E lineup will not be renewed until at least 2020, so it seems unlikely the Audi A6 Allroad rival from Daimler is going to get a nip and tuck before that.

Of course, we’re not excluding the possibility of this being something else. Perhaps it’s not a facelift as Mercedes might be testing a different trim and/or engine that will come along with a slightly updated look. Whatever this is, it looks like the test driver is having a lot of fun behind the wheel of the niche model since we can see him smiling for the spy camera.